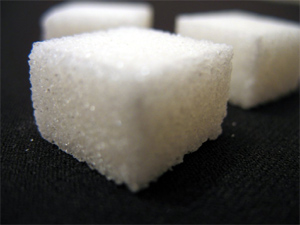 Added sugar, even in an otherwise 'healthy' diet, can lead to a cascade of health problems

Natural Health News — A new study shows just how toxic the ‘average’ intake of sugar can be over the longer-term.

When mice ate a diet of 25% extra sugar – the mouse equivalent of a healthy human diet plus three cans of soda daily – both females and males developed health and behavioural problems that mirror those seen in the human population.

“Our results provide evidence that added sugar consumed at concentrations currently considered safe exerts dramatic adverse impacts on mammalian health,” the researchers from the University of Utah say in a study published in the journal Nature Communications.

The scientists developed a particularly sensitive test that was able to measure changes in the animals’ health and behaviour.

Even though the mice didn’t become obese and showed few metabolic symptoms, the results showed “they died more often and tended to have fewer babies,” added co-author, James Ruff, PhD. “We have shown that levels of sugar that people typically consume – and that are considered safe by regulatory agencies – impair the health of mice.”

The new toxicity test placed groups of mice in room-sized pens nicknamed “mouse barns” with multiple nest boxes – a much more realistic environment than small cages, allowing the mice to compete more naturally for mates and desirable territories, and thereby revealing subtle toxic effects on their performance.“This is a sensitive test for health and vigour declines,” Potts says

A ‘normal’ diet for most Americans

Potts says the National Research Council recommends that for people, no more than 25% of calories should be from “added sugar,” which means “they don’t count what’s naturally in an apple, banana, potato or other non-processed food… The dose we selected is consumed by 13% to 25% of Americans.”

The diet fed to the mice with the 25% sugar-added diet is equivalent to the diet of a person who drinks three cans daily of sweetened soda pop “plus a perfectly healthy, no-sugar-added diet,” Potts says.Ruff notes that sugar consumption in the American diet has increased 50% since the 1970s, accompanied by a dramatic increase in metabolic diseases such as diabetes, obesity, fatty liver and cardiovascular disease.

Of course, mice aren’t humans, but say the scientists, their response to sugar is very like ours and the sensitivity of the test suggests that we should be looking for more subtle problems associated with added sugars in our diets.

“Our test shows an adverse outcome from the added-sugar diet that couldn’t be detected by conventional tests,” Potts says. Specifically:

The researchers studied another group of mice for metabolic changes. In this group cholesterol was elevated in sugar-fed mice, and the ability to clear glucose from the blood was impaired in female sugar-fed mice. The study found no difference between mice on a regular diet and mice with the 25% sugar-added diet when it came to obesity, fasting insulin levels, fasting glucose or fasting triglycerides.

In response to the study Potts said “I have reduced refined sugar intake and encouraged my family to do the same.”

Added sugar, even in an otherwise 'healthy' diet, can lead to a cascade of health problems