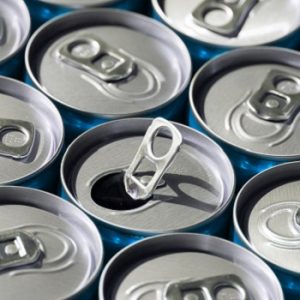 Soda drinkers at greater risk of developing asthma and COPD

The study published in the journal Respirology comes from the University of Adelaide, in Australia. Researchers there interviewed 16,907 people aged 16 years and older to find out about their soft drink consumption.

For the purposes of this study ‘soft drinks’ meant drinks like Coke, lemonade, flavoured mineral water, Powerade, and Gatorade.

Though the vast majority (72%) said they didn’t drink any soda at all, 11.4% reported  drinking more than a half a litre of soft drinks every day.

Smoking made it worse

The researchers also found that the more soft drink one consumes, the more the risk grew. If a person smoked as well as drinking large quantities of soda, that raised the risk even higher, especially for COPD.

Compared with those who did not smoke and consume soft drinks, those that consumed more than half a litre of soft drink per day and were current smokers had a 6.6-fold greater risk of COPD.

“Our study emphasises the importance of healthy eating and drinking in the prevention of chronic diseases like asthma and COPD,” say the researchers.

There are a number of potential reasons for the increased burden of asthma in Western countries – less exposure to indoor allergens, improved hygiene, and use of antibiotics (the “hygiene hypothesis”), as well as poor diet and increased obesity – but fewer have been noted risk factors for COPD.

Some campaigners believe that artificial sweeteners such as aspartame, and food colourings may also trigger breathing difficulties.

Smoking is another known risk factor, but up to 50% of airway obstruction can’t be explained by cigarette use, they wrote, thus the need to identify other risk factors.

While sugar-sweetened beverages have long been linked to a host of poor health outcomes, including stroke and heart disease, this is the first time a study has found an association between sodas and asthma or COPD, the researchers said.

If you are trying to kick the soda habit some of the best alternatives  are ones that actually put some nourishment in your body: