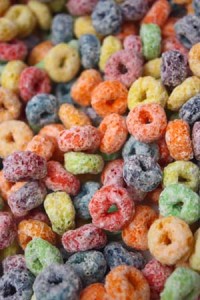 Removing allergens, colours and preservatives and from a child's diet may improve ADHD

Natural Health News — An extensive review of the available evidence shows that there are potential benefits in changing the diets of children with ADHD.

According to scientists at the University of Copenhagen: “There is a lot to suggest that by changing their diet, it is possible to improve the condition for some ADHD children,”

Professor Kim Fleischer Michaelsen, Department of Human Nutrition at the Faculty of Life Sciences, University of Copenhagen, who led the review said:

“Several of the studies show, for example, that fatty acids from fatty fish moderate the symptoms. Other studies detect no effect. Elimination diets are also promising. These look at whether there is anything in the diet which the children cannot consume without adverse side effects. However, we still lack knowledge about which children with ADHD benefit from dietary changes, how positive the effect is in the long term and what the changes mean for children’s health.”

Not beneficial for everyone

The report shows that not all ADHD children benefit from changes to their diet, and that there are still many unknown factors. According to Tine Houmann, a consultant at Copenhagen’s Centre for Child & Adolescent Psychiatry, and a co-author of the study:

The experts hope that through understanding more about how diet affects ADHD it will eventually be possible to reduce the use of medication and instead develop special dietary advice for the children.

“It is promising that many research results indicate that dietary changes can help some ADHD children. However, it is crucial that bigger studies on dietary changes are conducted on children with ADHD to see how effective this is and how long the benefits last,” says Professor Fleischer Michaelsen.

The report (only available in Danish) was financed by the Danish Ministry of Social Affairs and Integration, which asked for a detailed review of the literature on this topic.

The Danish report comes on the heels of several studies that show that dietary changes can help children with behavioural problems such as ADHD and hyperactivity.

For instance in 2012 Australian scientists found links between the typical Western diet and ADHD. They examined the dietary patterns of 1800 adolescents classified diets into ‘Healthy’ or ‘Western’ patterns.

A “healthy” pattern was a diet high in fresh fruit and vegetables, whole grains and fish. It tends to be higher in omega-3 fatty acids, folate and fibre. A “Western” pattern was a diet with a trend towards takeaway foods, sweets, processed, fried and refined foods. These diets tend to be higher in total fat, saturated fat, refined sugar and sodium.

Those in the latter category had more than double the risk of being diagnosed with ADHD.

In 2011 a Belgian cross-over trial published in the Lancet compared an elimination diet to a normal healthy diet. Children were put on one diet for a period of time then ‘crossed over’ to the other diet for comparison purposes. It found that nearly two-thirds of the children on the elimination diet for just 9 weeks experienced significant reduction in ADHD symptoms. The symptoms returned when the kids went back to the “healthy” control diet and found that

In 2008 an editorial in the British Medical Journal concluded that the weight of the evidence was strong enough that supervised trial eliminating colours and preservatives from the diet of hyperactive children should considered a part of the standard treatment.

While  it’s fair to say that overall results for dietary changes alone are mixed, for parents who wish to address problems like ADHD with something other than drugs, nutrition and diet seem an important place to start, especially since attention to diet can improve symptoms for as many as 60% of ADHD kids.

Here is a useful summary of dietary options and of alternative treatments from WebMD. Parents may also wish to explore in greater depth, the Feingold Diet Program for ADHD.

Removing allergens, colours and preservatives and from a child's diet may improve ADHD