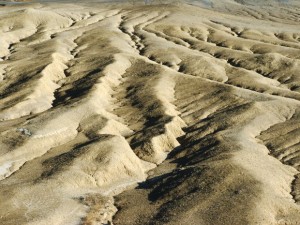 [image: by razvandm ~ via MorgueFile]

Craving for ‘dirt’ maybe good for the gut

Mud pies anyone? Of course most of us scrupulously scrub our food to remove dirt, but there are people who actively crave dirt, clay and chalk.

This habit, known as human geophagy or ‘pica’ has long baffled scientists but a new and extensive meta-analysis suggests that a little bit of dirt may actually protects the stomach against toxins, parasites, and pathogens. Accounts of people eating dirt stretch back thousands of years and according to lead researchers  says Sera Young,  at Cornell University  the eating of earth has been reported on every inhabited continent and in almost every country.

There are several explanations – everything from quieting extreme hunger, to a need for missing nutrients, and as a way of protecting against parasites pathogens and plant toxins. To get to the bottom of things the researchers analysed reports from missionaries, plantation doctors, explorers, and anthropologists to put together a database of more than 480 cultural accounts of pica.

The database gave the team insights into the circumstances under which earth was consumed, and by whom. The study was published in the Quarterly Review of Biology.

The data showed that pica was common even when food was plentiful and that when people did consume dirt, it was usually in very small amounts, suggesting that hunger was not the reason.

A search for nutrients was also ruled out due to the fact that that kind of ‘dirt’ people usually eat is a type of clay that is low in nutrients such as iron, zinc and calcium. What’s more, there is evidence that clay can bind to nutrients in the stomach, making them less available to the body.

What they did find was that geophagy most commonly found in those suffering from episodes of gastrointestinal stress and in women in the early stages of pregnancy and in pre-adolescent children – both categories of people who are especially sensitive to parasites and pathogens. Whatismore, geophagy is most common in tropical climates where foodborne microbes are abundant.

Finally, the database shows that people often eat earth during episodes of gastrointestinal stress. The researchers were able to rule out dirt as the cause of the stomach upsets because the type of clay people usually eat comes from deep in the ground, where pathogens and parasites are unlikely to contaminate it. Plus, people usually boil the clay before eating it.

The authors were hopeful that their study would show that geophagy was a widespread, and often a rational act rather than “a bizarre, non-adaptive gustatory mistake.”

[image: by razvandm ~ via MorgueFile]