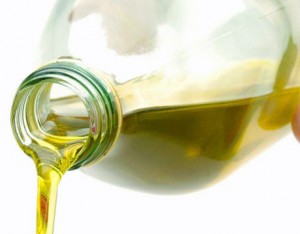 Natural Health News — The importance of good fats has been underscored by a new study that shows that including more high-monounsaturated fat foods, like avocados, nuts and olive oil, in the diet can triple the success of IVF treatment.

The study was carried out by researchers at the Harvard School of Public Health and its findings were presented at the recent European Society of Human Reproduction and Embryology in Istanbul. The researchers’ aim was to understand the effect of different types of dietary fat (saturated, monounsaturated, polyunsaturated, omega-6, omega-3 and trans-fats) as well as total fat intake on a range of outcomes in women having IVF.

What they discovered was that women with a higher intake of dietary saturated fats have fewer mature eggs available for collection in IVF.

In contrast, those whose diets were highest in monounsaturates – found in  olive oil, peanut (groundnut) oil, and canola oil as well as avocados, peanuts, hazelnuts, macadamia nuts, pecans, almonds, pistachios, cashews and sesame seeds  –  were 3.45 times more likely to have a child after IVF than those who ate the lowest amounts.

No benefit from high polyunsaturates

Whilst the saturated fat results might not be surprising, what was unexpected was the impact of polyunsaturates. Those with the highest consumption of total polyunsaturated fats had the least viable embryos compared to those with the lowest intake. Research in other areas has shown that not all polyunsaturates are the same; a high omega -6 to omega-3 ratio intake has been associated with inflammation which could interfere with conception.

Different types of fat are known to have different effects on biological processes – such as underlying levels of inflammation or insulin sensitivity – which may have a knock on effect on fertility and reproduction.

For example, a high intake of trans-fats has been associated with ovulatory infertility (as in polycystic ovary syndrome) and miscarriage, while saturated fats have been related to lower sperm concentrations in men. But up until now, little has been known about the effect of dietary fat intake on the outcome of fertility treatment.

In a second study presented at the conference Danish researchers reported that women who drink five or more cups of coffee a day have a severely reduced chance of successful IVF treatment. The investigators, who studied nearly 4000 women undergoing IVF or ICSI (intracytoplasmic sperm injection) described the effect of high coffee consumption – which reduced the chance of success by around 50% –  as “comparable to the detrimental effect of smoking”.

The researches advised women to limit their intake of coffee, but also caffeinated drinks such as colas and other types of soft drinks.