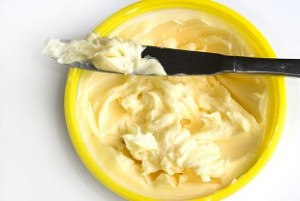 Natural Health News — Dietary advice about fats and the risk of heart disease has been called into question by a clinical trial showing that replacing saturated animal fats with omega-6 polyunsaturated vegetable fats is linked to an increased risk of death among patients with heart disease.

Writing in the British Medical Journal the researchers suggest their findings could have important implications for worldwide dietary recommendations.

Advice to substitute vegetable oils rich in omega-6 linoleic acid polyunsaturated fatty acids (PUFAs) – such as safflower, sunflower, corn, soya and cottonseed oils –  for animal fats rich in saturated fats (SFAs) to help reduce the risk of heart disease has been a cornerstone of ‘official’ dietary guidelines for the past half century.

Many of these omega-6 PUFAs are also key ingredients in processed and convenience foods.

This advice has persisted in spite of the fact that there is no clinical trial evidence to prove that replacing SFAs with omega-6, without a concurrent increase in omega-3 PUFAs, found in abundance in linseed, hemp, and canola as well as cold water fish, lowers the risk of cardiovascular disease or death.

UK dietary recommendations are cautious about high intakes of omega 6 PUFAs, but some other health authorities, including the American Heart Association, have recently repeated advice to maintain, and even to increase, intake of omega 6 PUFAs.

This has caused some controversy, because of evidence showing that a high ratio of omega-6, (which can have a pro-imflammatory effect) in relation to omega-3 intake, could promote the kind of systemic inflammation that is a component of coronary heart disease.

An excess of omega-6 fats have also been implicated in ulcerative colitis, a type of inflammatory bowel disease and some reviewers suggest it could have a role to play in other inflammatory conditions such as diabetes, arthritis and other autoimmune diseases and even cancer.

Using previously ‘lost’ data from the Sydney Diet Heart Study – a randomised controlled trial conducted from 1966 to 1973 – researchers were able to re-evaluate the data using modern techniques and better understand the cardiovascular effects of replacing SFAs with omega-6 from safflower oil. Safflower oil is a concentrated source of linoleic acid (about 75g LA per 100g serving of oil) and contains no other PUFAs.

Data is frequently and/or ‘lost’ or excluded from clinical trials, especially when it complicates or doesn’t support the conclusions researchers are looking for.

Their re-analysis involved 458 men aged 30-59 years who had recently had a coronary event, such as a heart attack or an episode of angina.

The control group received no specific dietary advice. Both groups had regular assessments and completed food diaries for an average of 39 months. All non-dietary aspects of the study were designed to be equal in both groups.

The results show that the omega-6 linoleic acid group had a higher risk of death from all causes, as well as from cardiovascular disease and coronary heart disease, compared with the control group.

The authors were also able to use the new statistical methods and the data from the Sydney trial to update a 2010  meta-analysis (a review of all the evidence) which they had performed. This also showed no evidence of benefit, and suggested a possible increased risk of cardiovascular disease, emphasizing the need to rethink mechanisms linking diet to heart disease.

Some medical experts have condemned the findings. But given that this data comprises the only randomised controlled study to date to examine the impact of increasing consumption of omega-6 linoleic acid, another way of looking at it is that it is a damning indictment for a medical profession that has for so long promoted ‘plastic fats’ like margarine as the healthy alternative to more natural fats like butter.

In an accompanying editorial, Professor Philip Calder from the University of Southampton says the new analysis of these old data “provides important information about the impact of high intakes of omega 6 PUFAs, in particular linoleic acid, on cardiovascular mortality at a time when there is considerable debate on this question.”

Calder says the findings argue against the “saturated fat bad, omega 6 PUFA good” dogma and suggest that the American Heart Association guidelines on omega-6 PUFAs may be misguided. They also “underscore the need to properly align dietary advice and recommendations with the scientific evidence base.”