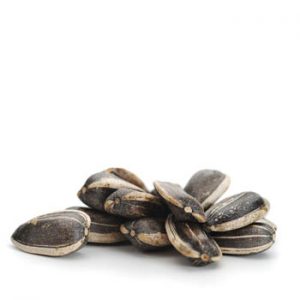 Natural Health News — Could omega-6 fatty acids protect you against premature death? The answer appears to be yes, according to recent research.

In addition to protection from premature death, omega-6 fatty acids were also found to keep cardiovascular disease at bay.

“Linoleic acid is the most common polyunsaturated omega-6 fatty acid. We discovered that the higher the blood linoleic acid level, the smaller the risk of premature death,” says Adjunct Professor Jyrki Virtanen from the University of Eastern Finland, reporting the findings in the American Journal of Clinical Nutrition.

It’s a controversial finding because while omega-6 polyunsaturated fatty acids are known for their beneficial effect on blood cholesterol levels, there is some data to show that high levels, in relation to low omega-3 intake, may increase the risk of several chronic diseases by promoting low-grade inflammation, among other things.

» A long-term study by Finnish researchers has shown that higher blood levels of linoleic acid, an omega-6 fatty acid, has a protective effect.

» Men with the highest levels of linoleic acid in their blood had a 43% lower risk of premature death.

» The level of protection was significant for heart disease and several other diseases but not for cancer.

The reasoning behind this speculation is that in the human body, linoleic acid is converted into arachidonic acid (also an omega-6 fatty acid) which, in turn, is converted into various inflammation-promoting compounds. However, omega-6 fatty acids also increase the production of anti-inflammatory compounds, and this is why it is challenging to determine the associations of dietary factors with the risk of developing disease merely by focusing on their effects on disease risk factors.

Ongoing at the University of Eastern Finland, the study, known as that Kuopio Ischaemic Heart Disease Risk Factor Study, of KIHD, determined the blood fatty acid levels of 2,480 men between 42 and 60 years of age at the onset of the study, in 1984-1989. During an average follow-up of 22 years, 1,143 men died of disease-related causes, and deaths due to an accident or other reasons were excluded from the study.

When the researchers divided the study participants into five different groups based on their blood linoleic acid level, they discovered that the risk of premature death was 43% lower in the group with the highest level, when compared to the group with the lowest level.

Similar, although slightly weaker, associations were also observed for the blood arachidonic acid level. Another significant finding of the study is that the outcome is very similar regardless of whether the men suffered from cardiovascular diseases, cancer or diabetes at the onset of the study.

Get your fat balance right

Blood linoleic acid level is related to a person’s diet, with the main sources of linoleic acid being vegetable oils, plant-based spreads, nuts and seeds.

The study backs up findings from earlier studies which have linked a higher dietary intake of linoleic acid and a higher blood linoleic acid level to a lower risk of cardiovascular diseases and type-2 diabetes, without increasing the risk of cancer, for example. The observed association of arachidonic acid with a reduced risk of death is a new finding.

There is a great deal of study to show that many of us don’t get enough omega-3 fatty acids in our diets – in some quarters this has been interpreted as a need to drastically reduce our omega-6 intake. Likewise, there is ongoing debate about the health benefits of replacing saturated fat with omega-6.  The take home of the study would seem to support the notion that we need a balance of the full spectrum of fats to stay healthy and that drastically cutting any of these can have unintended health consequences.