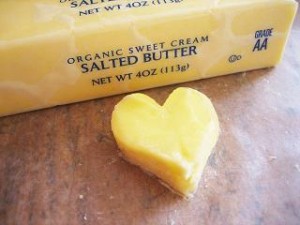 Getting the balance right, in terms of dietary fats, is more complex than previously thought

Natural Health News — A new analysis has suggested that blanket guidelines that tell people to simply cut out saturated fats and increase polyunsaturated fats may not be based on sound evidence.

The meta-analysis published in the journal Annals of Internal Medicine, pooled together the results of 72 previous studies into heart disease and fatty acid consumption. In all the data involved more than 600,000 people in 18 nations.

The Cambridge University researchers led by Dr Rajiv Chowdhury found that whether measured in the diet or in the bloodstream as a biomarker, the scientific evidence does not support guidelines that restrict the consumption of saturated fats in order to prevent heart disease.

The researchers say they also found insufficient support for guidelines which advocate the high consumption of polyunsaturated fats (such as omega-3 and omega-6) to reduce the risk of coronary disease.

Furthermore, when specific fatty acid subtypes (such as different types of omega-3) were examined, the effects of the fatty acids on cardiovascular risk varied even within the same broad ‘family’

For example, the investigators found that different subtypes of circulating long-chain omega-3 and omega-6 fatty acids had different associations with coronary risk, with some evidence that circulating levels of eicosapentaenoic and docosahexaenoic acids (EPA and DHA, two main types of long-chain omega-3 polyunsaturated fatty acids), and arachidonic acid (AA, an omega-6 fat) are each associated with lower coronary risk.

These data, they say, suggests we should be questioning the existing dietary guidelines that focus principally on the total amount of fat from saturated or unsaturated rather than the food sources of the fatty acid subtypes.

According to Dr Chowdhury: “These are interesting results that potentially stimulate new lines of scientific inquiry and encourage careful reappraisal of our current nutritional guidelines.

“Cardiovascular disease, in which the principal manifestation is coronary heart disease, remains the single leading cause of death and disability worldwide. In 2008, more than 17 million people died from a cardiovascular cause globally. With so many affected by this illness, it is critical to have appropriate prevention guidelines which are informed by the best available scientific evidence.”

Red meat still not in the clear

When asked what the implications of this study were for meat consumption Dr Chowdhury noted:

“Last year, two seminal papers very convincingly showed that the harm observed in red meat for heart disease risk can, in fact, be attributed to another harmful chemical (L-carnitine) abundant in red meat rather than the long-supposed saturated fat.”

“Unless we have more evidence, higher consumption of red meat should still be considered harmful, but it’s just that the saturates may not be the principal explanation, as is traditionally perceived, for the harmful cardiovascular effects of red meat.”

The jury is still out on the L-carnitine/heart disease link. Indeed a study published at the same time in the Mayo Clinic Proceedings suggests that supplements of L-carnitine may help heart attack survivors reduce the chances of dying prematurely or reduce symptoms of angina (chest pain with exertion or stress).

But what is clear from this and other recent studies into fat and heart disease, is that the link is simply not as solid as previously thought.

“This analysis of existing data suggests there isn’t enough evidence to say that a diet rich in polyunsaturated fats but low in saturated fats reduces the risk of cardiovascular disease. But large scale clinical studies are needed, as these researchers recommend, before making a conclusive judgement.

Pearson recommends a whole diet and lifestyle approach (and indeed a healthy diet, rather than a low-fat diet has recently been show to be protective) “… stop smoking, stay active, and ensure our whole diet is healthy – and this means considering not only the fats in our diet but also our intake of salt, sugar and fruit and vegetables.”

Getting the balance right, in terms of dietary fats, is more complex than previously thought