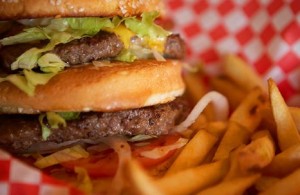 Natural Health News — A new international analysis has shown that diets high in animal protein and animal fat are associated with a higher incidence of Alzheimer’s disease.

In a paper published in the Journal of Alzheimer’s Disease, researchers analysed dietary data from populations 65 years and older in Japan and in eight developing countries including India, China, and Brazil. As animal fat and calorie consumption increased, so did obesity rates and prevalence of Alzheimer’s disease (AD).

These increases have mirrored dramatic changes in national diets from traditionally low meat diet to those high in protein and animal fat.

The study is in two parts. The first looks at the Japanese population. The prevalence of AD for those aged 65 and older in Japan rose from 1% in 1985 to 7% in 2008. The prevalence of another major type of dementia, vascular dementia, was nearly constant at 4-5% during the same period.

Previous studies identified a number of risk factors for AD alcohol consumption, elevated cholesterol, diabetes mellitus, dietary fat, obesity, and smoking are associated with increased risk while physical fitness is associated with reduced risk. If these risk factors are present in mid-life they are particularly influential on future risk of dementia.

Data on Japanese diets was obtained from the Food and Agriculture Organization of the United Nations. It showed that all of these risk factors have been growing in Japanese society with the largest changes between 1961 and 1985. These included:

How you are eating at mid-life is crucial

The strongest correlation was for the consumption of meat and animal fats and, say the researchers, it can take 15-25 years for the damaging effects to show themselves.

Thus, this study suggests that the nutrition transition in Japan, i.e. switching from the traditional Japanese diet with 15% of the energy derived from animal products and 42% from rice towards the Western pattern diet – which is high in animal fat, high in animal-source foods, high in refined sugar and refined grains, and low in fibre – is associated with the rapid rise in AD prevalence in Japan.

Unless the dietary pattern in Japan returns to the traditional Japanese diet, AD rates in Japan will not decrease.

A second study reported in this paper looked at AD prevalence over the last 15 years or so for those over the age of 65 years in eight developing countries: Brazil, China, Cuba, Egypt, India, Nigeria, Republic of Korea and Sri Lanka.

Prevalence of Alzheimer’s in these countries ranged from 1.3% in India to 8.0% in the Republic of Korea. In these countries the greatest risk factor was total daily energy (calories) consumption. Total energy is associated with overweight and obesity, which are both risk factors for AD.

Once again, while overweight can be an immediate ‘side effect’ of a high calorie diet, the effect on brain function was something that took 20 years or so to reveal itself

The important message from this study, say the researchers, is that AD rates globally are strongly linked to diet, especially in mid-life, and that unless per capita consumption of animal products and total energy is reduced, AD rates will continue to remain high.

Since there are no definitive cures for AD, it is very important to prevent or delay its onset. Lifetime dietary habits are something that conventional medicine does not always take into a count, but which individuals are completely in control of if they choose to be.