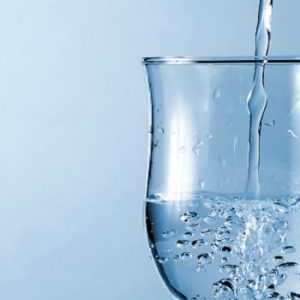 The effects of dehydration can be felt as headaches, mood changes and inability to concentrate. [Photo: Bigstock]

Natural Health News — If you just can’t think straight, a glass of water may help get your brain working again.

The human brain is made of around 85% water. When you are not properly hydrated the effects can be felt in your brain as symptoms like headaches, poor concentration and reduced short-term memory. Even your ability to perform arithmetic and the rapidity of your psychomotor skills can be reduced. This is due to the fact that dehydration causes the level of energy production in the brain to decrease.

In a recent small study the study, 34 adults were asked to abstain from food or drink starting at 9 pm, and come into a laboratory the next day for testing. Participants visited the laboratory twice: on one occasion, they were offered a cereal bar for breakfast along with three cups of water (24 oz, or 775 ml), and on another day, they were offered a cereal bar and no water.

On each visit they took a battery of cognitive tests to assess things like reaction time and memory.

Water consumption did not significantly affect performance on other tests of cognition, such as memory of words; and in a test of rule-learning, participants actually fared better if they did not drink water beforehand.

But for the reaction test, where participants had to press a button as soon as they saw an object on a computer screen, reaction times were 14% faster in those who were well hydrated.

Benefits were particularity noticeable in thirsty people and the researchers, from the University of East London and the University of Westminster in the UK, speculate that the sensation of thirst may take some attention away from the task at hand, and thus slow response time.

Staying hydrated, thus, may be a way of “freeing up of attentional resources”, say the researchers in the journal Frontiers in Human Neuroscience.

Earlier studies in adults have suggested that dehydration can affect mental performance and mood. For instance in one study in 2012 found that being even slightly dehydrated is enough to cause moodiness, problems concentrating, headaches and fatigue in women and studies in children have suggested water consumption can improve memory.

Researchers still can’t explain why drinking water appears to have beneficial effects on some cases, but negative effects in others.

The effects of dehydration can be felt as headaches, mood changes and inability to concentrate. [Photo: Bigstock]