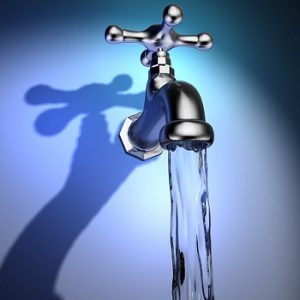 Bottled water is a good source of calcium - but tap water can be too! [Photo: Bigstock]

Natural Health News — Water is an effective natural source of calcium, and has the benefit of being calorie free, say German researchers.

If you don’t drink milk – and even if you do – that’s good news because calcium from the diet is believed to be more beneficial and better absorbed by the body than from supplements.

The researchers examined how well the body can absorb calcium from five different sources, each containing 300 mg of calcium. These included three types of calcium-rich mineral water, milk and a calcium supplement.

The small study, which included 21 men and women, found that there was no difference in how calcium from the different sources was absorbed. Moreover, it was seen that the presence of other minerals in water did not have any effect on calcium absorption.

According to lead researcher Theresa Greupner of Leibniz University Hannover, “The special feature of mineral water as a source of calcium is as a calorie-free alternative to milk and dairy products. In a world with a steadily growing number of overweight and obese people it is important to reduce the energy intake and to promote alternatives to satisfy the calcium demand apart from high caloric milk and dairy products.”

» Most of us think of milk and dairy products as the ultimate source of essential minerals like calcium, but water is also a good source of readily bioavailable calcium.

» A small study in Germany compared the absorption of calcium from bottled water, milk and supplements and found no difference between the three sources.

» It’s important to remember, however that bottled water is expensive as well as ethically and environmentally problematical. Other studies show tap water can be an equally good source of calcium.

But before you buy it

The study was funded by the Association of German Mineral Water Bottlers, and published in the Journal of the American College of Nutrition.

For that reason it is worth unpicking the results a little bit.

For instance, a person would need to drink two litres of mineral water, containing 500 mg/L of calcium, per day, or more than three eight-ounce cups of milk, to meet the German standard daily requirement of 1,000 mg calcium. In the US, a daily intake of 1,300 mg/day of calcium is recommended for adults. That’s certainly do-able and the mineral content of water can be determined by reading the label.

But there are, of course, many problems with bottled water including plastic pollution and, increasingly, accusations that large corporations source water unethically or even steal water rights from poor communities in developing countries, or drought ridden areas, in order to keep bottling the stuff (for an interesting expose see the film Bottled Life). And some studies have shown that what we buy as mineral water is often just tap water in a fancy bottle.

Turn on the tap

So can tap water deliver calcium just as well? In one US study researchers used mineral analysis reports from municipal water authorities of 21 major North American cities. The mineral content of tap water was compared with published data regarding commercially available bottled waters and then both were checked against dietary reference intakes (DRIs).

Even so, for half the US tap water sources they examined, they found that adults could get between 8-16% of their daily calcium requirements (and between 6-31% of their magnesium) by drinking 2 litres per day.

American mineral waters were found to be very low in calcium but one litre of most average European bottled waters contained between 20-58% of the and adult calcium daily requirement (and between 16-41% of the magnesium) – and some litre bottles contained up to half the daily requirement of calcium.

Your local water authority should be able to tell you what level of mineralisation you have in your tap water.

It can be difficult to get enough trace elements in your diet – water not only supplies some crucial ones, it is the best way to stay hydrated, to ‘flush’ your system out and keep your kidneys working well. So before you reach for the pills, consider first whether you can get some of what you need from turning on the tap.

Bottled water is a good source of calcium - but tap water can be too! [Photo: Bigstock]