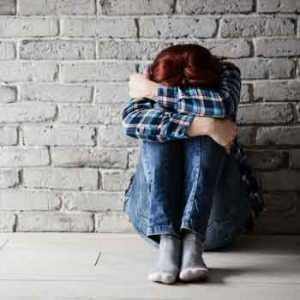 Tweaking your diet to improve nutrition could significantly reduce the symptoms of major depression. [Photo: Bigstock]

Changing the nutritional make-up of the diet may provide an effective strategy for treating major depression, according to a new study from Australia.

“We’ve known for some time that there is a clear association between the quality of people’s diets and their risk for depression,” said lead author Professor Felice Jacka Director of Deakin University’s Food and Mood Centre.

Her team’s findings, she said, offer up a possible new treatment approach to depression, one of the world’s most prevalent – and costly – medical disorders.

» Previous research has suggested that diet has a role to play as a possible risk or protective factor for people with depression.

» In a new study from Australia people with major depression who followed a strict diet, with an emphasis on wholefoods foods and optimum nutrition, experienced significant improvement in depressive symptoms.

» Compared to those receiving dietary advice, at the end of the three month trial, 30% of those on the high quality diet met the criteria for remission of major depression.

Participants were recruited and randomly assigned to receive either social support, which is known to be helpful for people with depression, or support from a clinical dietitian, over a three-month period.

The dietary group received information and assistance to improve the quality of their current diets.

For this groups the main focus was on increasing diet quality by supporting the consumption of the following 12 key food groups:

Red or white wine consumption beyond 2 standard drinks per day and all other alcohol (e.g. spirits, beer) were included within the ‘extras’ food group.

From depression to remission

Results, published in the international journal BMC Medicine, showed that participants in the dietary intervention group had a much greater reduction in their depressive symptoms over the three-month period, compared to those in the social support group.

“These results were not explained by changes in physical activity or body weight, but were closely related to the extent of dietary change,” Professor Jacka said.

“Those who adhered more closely to the dietary program experienced the greatest benefit to their depression symptoms.”

Professor Jacka, who is president of the International Society for Nutritional Psychiatry Research, said the findings offered an important new strategy for the treatment of depression.

“Mental disorders account for the leading cause of disability worldwide, with depression accounting for the large proportion of that burden,” she said.

“While approximately half of sufferers are helped by currently available medical and psychological therapies, new treatment options for depression are urgently needed.

“Importantly, depression also increases the risk of and, in turn, is also increased by common physical illnesses such as obesity, type 2 diabetes and heart disease. Successfully improving the quality of patients’ diets would also benefit these illnesses.”

“It also supports the previous extensive research from human population studies and animal research suggesting that diet is a key determinant of mental and brain health,” Professor Jacka said.

Indeed a Mediterranean diet – strongly associated with the food components emphasised in this study – has been linked with a 30% reduced risk for depression as well as chronic disease.

Tweaking your diet to improve nutrition could significantly reduce the symptoms of major depression. [Photo: Bigstock]