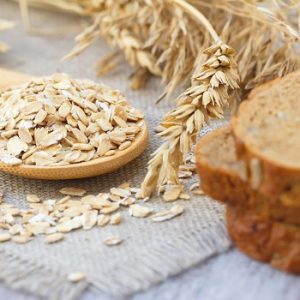 Including more wholegrains in your diet can help reduce inflammation, and appetite and encourage weight loss. [Photo: Bigstock]

Natural Health News — When overweight adults exchange refined grain products – such as white bread and pasta – with wholegrain varieties, they eat less, they lose weight and the amount of inflammation in their bodies decreases.

In a human study, published in the journal Gut, Danish researchers led by the National Food Institute, Technical University of Denmark, examined the effect of exchanging refined grain products in the diet – such as white bread and pasta – with wholegrain varieties. The study involved 50 people and lasted 8 weeks.

Blood tests showed that the participants had less inflammation in their bodies when eating wholegrains. In particular, it appeared that rye had a beneficial effect on the blood’s content of inflammatory markers.

» A small human study has found that whole grains in preference to processed grains has several benefits for overweight individuals.

» On a diet of wholegrains the study participants, all of whom were overweight and at risk of type-2 diabetes, exhibited lower levels of inflammation, ate less and lost weight.

The researchers used DNA sequencing of stool samples to see whether the different diet types affected the participants’ gut bacteria composition. Overall, the analysis did not show major effects from the dietary grain products on the composition of the gut bacteria.

“However, even though the analysis did not reveal significant changes in the average gut microbiota after wholegrain consumption, it may well be that the individual composition of our gut microbes has an impact on the individual reaction of our body to dietary wholegrains, given that our bacteria help us digest the fibres in the wholegrains.” Professor Tine Rask Licht from the National Food Institute says.

Overall, says Professor Licht: “Our analysis confirmed that there is a sound scientific basis for the dietary recommendation to eat wholegrains. This may particularly apply to people, who are at increased risk of developing cardiovascular disease or type 2 diabetes,” Professor Tine Rask Licht from the National Food Institute says.

The researchers note that useful future studies might look more deeply into the different effects of different types of wholegrains.

Including more wholegrains in your diet can help reduce inflammation, and appetite and encourage weight loss. [Photo: Bigstock]