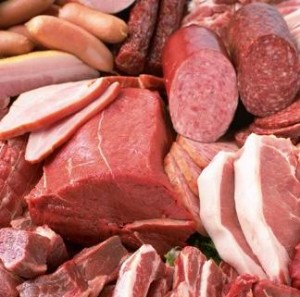 High-meat diets, so common in the West, can increase the body's acid load, and with it the risk of diabetes

Natural Health News — A study of more than 60,000 women has shown that higher overall acidity of the diet, regardless of the individual foods making up that diet, increases the risk of type-2 diabetes.

The study published in Diabetologia, the journal of the European Association for the Study of Diabetes (EASD), is the first large prospective study to demonstrate these findings

A western diet rich in animal products and other acid-forming foods can raise the body’s acid load in a way that cannot be compensated for by fruit and vegetables; this according to the French researchers, can cause chronic metabolic acidosis and lead to metabolic complications.

Tracking the effects of acidosis

Most importantly from a blood-sugar control perspective, increasing acidosis can reduce the ability of insulin to bind at appropriate receptors in the body, and reduce insulin sensitivity. With this in mind, the scientists decided to analyse whether increased acidosis caused by dietary acid loads increased the risk of type-2 diabetes.

The 66,485 women in this study were chosen from the E3N study (the French Centre of the European Prospective Investigation into Cancer and Nutrition, a well-known ongoing epidemiological study) and followed for over 14 years. Their dietary acid load was calculated using two standard tests for assessing dietary acid consumption from foods.

During follow-up, 1,372 new cases of incident type-2 diabetes occurred. In the overall population, those with the highest acid diet had a 56% increased risk of developing type-2 diabetes compared with lowest intake of acidic foods.

Women of normal weight (BMI of 25 and under) had the highest increased risk (96% for those with the most highly acidic diet) while overweight women (BMI 25 and over) with a high acid diet had only a 28% increased risk.

The authors say: “A diet rich in animal protein may favour net acid intake, while most fruits and vegetables form alkaline precursors that neutralise the acidity. Contrary to what is generally believed, most fruits such as peaches, apples, pears, bananas and even lemons and oranges actually reduce dietary acid load once the body has processed them.”

The researchers note that the link between acid load and the risk of incident type-2 diabetes persisted even after adjustment for dietary patterns, meat consumption and intake of fruit, vegetables, coffee and sweetened beverages suggesting that “dietary acids may play a specific role in promoting the development of type-2 diabetes, irrespective of the foods or drinks that provide the acidic or alkaline components.”

They conclude: “We have demonstrated for the first time in a large prospective study that dietary acid load was positively associated with type-2 diabetes risk, independently of other known risk factors for diabetes. Our results need to be validated in other populations, and may lead to promotion of diets with a low acid load for the prevention of diabetes. Further research is required on the underlying mechanisms.”

The acid/alkalai balance of your body is directly linked to your food choices. Making sensible substitutions in your diet is a simple way to help lower your acid load. For example:

Finally stay active and practice stress reduction since a stressed out body will also be less able to deal with a high acidic load.

High-meat diets, so common in the West, can increase the body's acid load, and with it the risk of diabetes