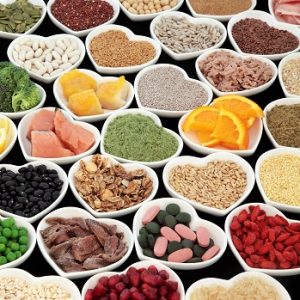 Which food will boost your mood? It depends on your age! [Photo: Bigstock]

Which foods boost your mood? It depends on how old you are

It has long been accepted that the right food can boost your mood. But according to a new study, exactly what the ‘right’ food is could depend on how old you are.

Researchers from Binghamton University in New York surveyed 463 people who were either under 30s (young adults) and over 30s (mature adults). Standard questionnaires were used to assess diet and exercise habits, as well as mental states. In particular, they looked at consumption of food groups containing constituents known to be associated with neurochemistry and neurobiology.

Published in the journal Nutritional Neuroscience ​the results suggest that the mood and healthy behaviour of young adults appears to be driven by diet and lifestyle elements that increase concentration and availability of neurotransmitter precursors in the brain. A higher meat intake and regular exercise may be the best choice, say the scientists.

In mature adults the critical determinants of mood and healthy behaviour were the availability of dietary antioxidants  and the avoidance of foods and dietary practices that activate the sympathetic nervous system. These include coffee, high-carbohydrate intake (particularly high glycaemic index carbs) and skipping breakfast.

» Diet is inextricably linked to better moods and wellbeing, but our needs may vary according to our age.

» In contrast, the moods of mature adults, over the age of 30 were boosted by a diet that was contained antioxidant-rich foods and which avoided high glycaemic index foods.

According to leading author Lina Begdache, assistant professor of health and wellness studies: “Regular consumption of meat leads to build-up of two brain chemicals (serotonin and dopamine) known to promote mood. Regular exercise leads to build-up of these and other neurotransmitters as well.​”

Conversely, says Begdache, as we age there is an increase in free radical (oxidant) formation, so our need for antioxidants increases.​ Not getting a steady supply of these in the diet can trigger our innate fight-or-flight response (commonly known as the stress response).​

“Free radicals cause disturbances in the brain, which increases the risk for mental distress. Also, our ability to regulate stress decreases, so if we consume food that activates the stress response (such as coffee and too much carbohydrates), we are more likely to experience mental distress.”​

The reason for the age-dependent response to different types of diet may be explained by brain maturity, she suggests, which may not bw complete until after the age of 30, and which may explain the different responses to food in otherwise healthy people.

The researchers note that, as this was an observational study, more information would be needed to draw firm conclusions. Even so, these preliminary results open the door to potential new insights into how our dietary needs, as they relate to overall wellbeing, change over time and how a one-size fits all approach to nutrition can let (some of) us down.

Which food will boost your mood? It depends on your age! [Photo: Bigstock]