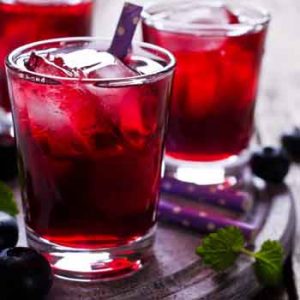 The antioxidant flavonoids in blueberries may help lift moods and improve blood flow to the brain. [Photo: Bigstock]

Have a berry blast to boost mood, improve memory

In the first researchers from the University of Reading, UK, looked at the effect of the daily consumption of a blueberry beverage (over a period of approximately one week) in 50 children and 21 young people.

Results showed that the flavonoid-rich blueberry drink, supplying  253 mg of anthocyanins, improved mood (or positive affect, PA) in both children and young adults. There was no effect on anxiety (or negative affect, NA)

“Although preliminary, these results are intriguing and warrant focused investigation of the relationship between flavonoids and mood, as well as with mental health more generally,” wrote the researchers in Nutrients.

“A low PA is more highly linked to depression, and high NA is more closely related to anxiety. Thus, these data suggest that the effect of flavonoid consumption on mood may be specific to depressive disorders, rather than pervasive across different mood states.”

» Blueberries are rich in antioxidants which have a wide range of beneficial activities in the body. Two new studies show benefits for moods and the mind.

» In on study of children and young adults a daily blueberry drink improved feelings of depression.

» In a second study, in older adults, a daily blueberry drink over 12 weeks improved working memory.

While the study was not deigned to show how blueberries influenced mood, the researchers proposed two possibilities: The first involves a potential indirect effect on blood flow in the brain, which would enhance executive functioning, and “thus helping to inhibit cognitive features (i.e., rumination) that maintain depression”.

Another possibility is direct inhibition of the enzyme monoamine oxidase (MAO) by blueberry anthocyanins.

“MAO is involved in the oxidation of monoamines, some of which are neurotransmitters involved in the regulation of mood (e.g., serotonin, dopamine, and noradrenaline),” they explained. “MAO inhibitors have been used to treat mood disorders. Thus, the consumption of fruits high in flavonoids, such as blackcurrants, may significantly reduce MAO activity, thereby increasing circulating monoamines, and elevating mood,” they write.

The researchers concluded: “Given the potential implications of these findings for preventing depression, a disabling and common mental health problem in adolescents and adults, it is important to replicate the study and assess the potential to translate these findings to practical, cost-effective and acceptable interventions.”

And better memory in older adults

A separate study from researchers at Exeter University, UK, added to the potential cognitive effects of blueberries.

Scientists there report that blueberry concentrate may increase activity in select regions of the brain, and boost working memory in older adults (approximately 68 years of age).

For the study, published in Applied Physiology, Nutrition, and Metabolism, participants were given either a placebo drink or 30 ml of blueberry concentrate per day (providing 387 mg anthocyanidins) for 12 weeks. Results showed “significant increases in brain activity … in response to blueberry supplementation relative to the placebo”.

The scientists also found that compared to placebo, working memory improved in the blueberry group.

These findings are similar to those of a 2010 study which found that a daily drink of about 500 mL of blueberry juice was associated with improved learning and word list recall, as well as a suggestion of reduced depressive symptoms in older people with early memory problems.

The antioxidant flavonoids in blueberries may help lift moods and improve blood flow to the brain. [Photo: Bigstock]