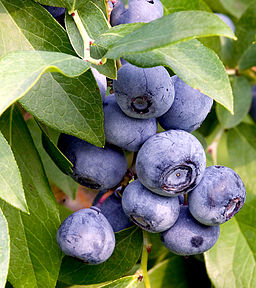 Natural Health News — Blueberries and strawberries, which are high in flavonoids, could help keep your mind sharp as you age.

The study used data culled from a lager study of 121,700 women, all nurses whose health, diets and lifestyles have been part of an ongoing study (“The Nurses Study”) which began in 1976. studied every  completed health and lifestyle questionnaires beginning in 1976.

Cognitive function (that is our ability to think, concentrate, formulate ideas, reason and remember) was measured in 16,010 subjects over the age of 70 years, at 2-year intervals between 1995 and 2001. Women included in the present study had a mean age of 74 and mean body mass index of 26.

Findings indicated that increased consumption of blueberries and strawberries could slow cognitive decline by up to 2.5 years in older women. A greater intake of anthocyanidins and total flavonoids was also associated with reduce cognitive degeneration.

Flavonoids are compounds found in plants that generally have powerful antioxidant and anti-inflammatory properties. Stress and inflammation contribute to cognitive impairment and that increasing consumption of flavonoids could mitigate the harmful effects.

Previous studies of the positive effects of flavonoids, particularly anthocyanidins, are limited to animal models or very small trials in older persons, but have nevertheless shown greater consumption of foods with these compounds improve  brain function.

The study is published in the Annals of Neurology.