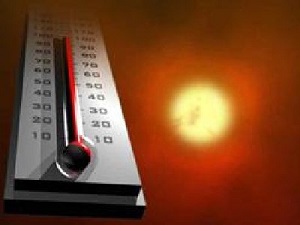 Natural Health News — Here’s a new twist on how climate change could be affecting our health.

The new study published in  American Journal of Gastroenterology also found an increase of infectious gastroenteritis (IG) during heat waves, with the strongest impact following a 7-day lag time after the heat wave.

Researchers from Zurich, Switzerland studied the data of 738 IBD and 786 IG patients admitted to the University Hospital of Zurich over a 5-year period (2001-2005) and compared data with a control group of 506 individuals who had non-infectious chronic intestinal inflammations.

The researchers defined a heat wave as any period of six or more days with high temperatures rising above the average daily high by more than 9° F (5° C). Using data from the Swiss Federal Office for Meteorology and Climatology they identified a total of 17 heat waves during that period.

In the control group there was no evidence of the heat wave effect.

“The evidence of patients with IBD having a significant increase risk of flare ups compared to the control group shows a cause and effect between the climate and the disease,” said lead author Christine N. Manser, MD.

“This is something very new,” said Manser, a gastroenterologist at University Hospital in Zurich, Switzerland.

“There has never before been a study investigating the impact of climate change – represented by an increase in heat waves – on IBD and IG flares,” Manser said.

She added: “Heat waves are known to cause physical stress as evident from increased frequencies of other stress dependent health events such as heart attacks. Physical as well as mental stress has been shown to cause flares of IBD, and may explain the increase in IBD hospital admissions during heat waves”.

“During a heat wave patients with IBD should be aware that there is an increased risk for a flare and contact their gastroenterologist in cases of an increase of stool frequency or abdominal pain. The public should know that a sudden onset of abdominal pain and diarrhoea during or shortly after a heat wave might be symptoms of an infectious gastroenteritis.”