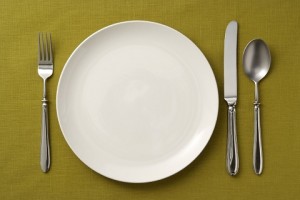 Don't believe the scare stories - we have plenty of food; we're just not sharing it with the people who need it most

How the people can outwit the global domination plans of agribusiness

The strategic centerpiece of Monsanto PR is to focus on the promotion of one single compelling idea.

The idea that they want you to believe in is that only they can produce enough for the future population. They wish you to therefore believe that non-industrial systems of farming, such as all those which use agroecological methods, or SRI, or are localised and family-oriented, or which use organic methods, or non-GMO seeds, cannot feed the world. This same PR strategy is followed by every major commercial participant in the industrial food system.

To be sure, agribusiness has a few other PR strategies. Agribusiness is “pro-science”, its opponents are “anti-science”, and so on. But the main plank has for decades been to create a cast-iron moral framing around the need to produce more.

Therefore, if you go to the websites of Monsanto and Cargill and Syngenta and Bayer, and their bedfellows: the US Farm Bureau, the UK National Farmers Union, and the American Soybean Association, and CropLife International, or The Bill and Melinda Gates Foundation, The Rockefeller Foundation, USAID, or now even NASA, they will raise the “urgent problem” of who will feed the expected global population of 9 or 10 billion in 2050.

Likewise, whenever these same organisations compose speeches or press releases, or videos, they devote precious space to the same urgent problem. It is even in their job advertisements. It is their Golden Fact. And as far as neutrals are concerned it wins the food system debate hands down, because it says, if any other farming system cannot feed the world, it is irrelevant. Only agribusiness can do that.

The real food crisis is of overproduction

Yet this strategy has a disastrous weakness. There is no global or regional shortage of food. There never has been and nor is there ever likely to be. India has a superabundance of food. South America is swamped in food. The US, Australia, New Zealand and Europe are swamped in food. In Britain, like in many wealthy countries, nearly half of all row crop food production now goes to biofuels, which at bottom are an attempt to dispose of surplus agricultural products. China isn’t quite swamped but it still exports food; and it grows 30% of the world’s cotton. No foodpocalypse there either.

Even in Bangladesh the farmers do not produce the rice they could because prices are low, because of persistent gluts.

Even some establishment institutions will occasionally admit that the food shortage concept – now and in any reasonably conceivable future – is bankrupt. According to experts consulted by the World Bank Institute there is already sufficient food production for 14 billion people – more food than will ever be needed. The Golden Fact of agribusiness is therefore a lie.

So, if the agribusiness PR experts are correct that food crisis fears are pivotal to their industry, then it follows that those who oppose the industrialisation of food and agriculture should make dismantling that lie their number one priority.

Anyone who wants a sustainable, pesticide-free, or non-GMO food future, or wants to avoid climate chaos, needs to know this weakness. They should take every possible opportunity to point out the evidence that refutes it. Granaries are bulging, crops are being burned as biofuels or dumped, prices are low, farmers are abandoning farming for slums and cities, all because of massive oversupply.

The project to fully industrialise global food production is far from complete, yet already it is responsible for most deforestation, most marine pollution, most coral reef destruction, much of greenhouse gas emissions, most habitat loss, most of the degradation of streams and rivers, most food insecurity, most immigration, most water depletion, massive human health problems, and so on. Our planet is becoming literally uninhabitable solely as a result of the social and ecological consequences of industrialising agriculture. All these problems are without even mentioning the trillions of dollars in annual externalised costs and subsidies.

So, if one were to devise a strategy for the food movement, it would be this. The public already knows (mostly) that pesticides are dangerous. They also know that organic food is higher quality, and is far more environmentally friendly. It knows that GMOs should be labeled, are largely untested, and may be harmful. That is why the leaders of most major countries, including China, dine on organic food. The immense scale of the problems created by industrial agriculture should, of course, be understood better, but the main facts are hardly in dispute.

But what industry understands, and the food movement does not, is that what prevents total rejection of bland, industrialised, pesticide-laden, GMO food is the standard acceptance, especially in Western countries, of the overarching agribusiness argument that such food is necessary. It is necessary to feed the world.

So, if the food movement could show that famine is an empty threat then it would also have shown, by clear implication, that the chemical health risks and the ecological devastation that these technologies represent are what is unnecessary. The movement would have shown that pesticides and GMOs exist solely to extract profit from the food chain. They have no other purpose. Therefore, every project of the food movement should aim to spread the truth of oversupply, until mention of the Golden Fact invites ridicule and embarrassment in the population, rather than fear.

Food campaigners might also consider that a strategy to combat the food scarcity myth can unite a potent mix of causes. Just as an understanding of food abundance destroys the argument for pesticide use and GMOs simultaneously, it also creates the potential for common ground within and between constituencies that do not currently associate much: health advocates, food system workers, climate campaigners, wildlife conservationists and international development campaigners.

None of these constituencies inherently like chemical poisons, and they are hardly natural allies of agribusiness, but the pressure of the food crisis lie has driven many of them to ignore what could be the best solution to their mutual problems: small scale farming and pesticide-free agriculture. This is exactly what the companies intended.

So divisive has the Golden Fact been that some non-profits have entered into perverse partnerships with agribusiness and others support inadequate or positively fraudulent sustainability labels. Another consequence has been mass confusion over the observation that almost all the threats to the food supply (salinisation, water depletion, soil erosion, climate change and chemical pollution) come from the supposed solution–the industrialisation of food production. These contradictions are not real. When the smoke is blown away and the mirrors are taken down the choices within the food system become crystal clear. They fall broadly into two camps.

On the one side lie family farms and ecological methods. These support farmer and consumer health, resilience, financial and democratic independence, community, cultural and biological diversity, and long term sustainability. Opposing them is control of the food system by corporate agribusiness. Agribusiness domination leads invariably to dependence, uniformity, poisoning and ecological degradation, inequality, land grabbing, and, not so far off, to climate chaos.

One is a vision, the other is a nightmare: in every single case where industrial agriculture is implemented it leaves landscapes progressively emptier of life. Eventually, because it vaporises the carbon, the soil turns either into mud that washes into the rivers or into dust that blows away on the wind. Industrial agriculture has no long term future; it is ecological suicide. But for obvious reasons those who profit from it cannot allow all this to become broadly understood.  That is why the food scarcity lie is so fundamental to them. They absolutely depend on it, since it alone can camouflage the underlying issues.

Don't believe the scare stories - we have plenty of food; we're just not sharing it with the people who need it most