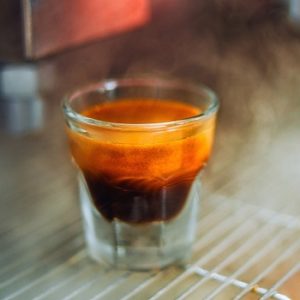 New evidence shows that drinking strong coffee three hours before bed-time can give you 'jet lag' by turning the body clock back nearly an hour. [Photo: Bigstock]

How caffeine resets your body clock

Natural Health News — Drinking coffee in the evening may do more harm than just keeping you awake.

New evidence shows that drinking strong coffee three hours before bed-time can turn the body clock back nearly an hour.

Caffeine resets the clock by delaying a rise in the level of melatonin, the body’s chief sleep hormone. Resetting our internal body clock affects many aspects of human health and disease, such as when we feel sleepy, how we metabolise food, and even when in the day we observe the best athletic and cognitive performance.

» Caffeine’s ability to keep us awake is well established but now researchers have discovered that this effect goes beyond mere stimulation to increasing levels of the hormone melatonin, which helps keep us awake.

» Caffeine has the ability to ‘reset’ the body’s circadian rhythm, the ‘internal clock’ that controls multiple aspects of our health including the risk of various cancers as well as cardiovascular disease, type-2 diabetes and dementia.

» The study results highlight problems of the abuse of caffeine but, say the researchers it also points to potential benefits such as treating sleep/wake disorders.

This circadian rhythm (a 24 hour cycle) operates in every single cell of the body, turning different genes on and off at different times of day to allow us to best anticipate the external cycle of night and day.

Disruption of this daily internal rhythm, during shift work or through repeated jet lag, significantly increases the risk of various cancers as well as cardiovascular disease, type-2 diabetes and neurodegenerative disorders such as Alzheimer’s disease.

It is known that caffeine counteracts some of the effects of sleepiness and makes it easier to stay awake, but until now no one had looked at whether there is also an effect on the internal circadian body clock.

For the study, published in Translational Medicine, researchers monitored 5 volunteers in laboratory conditions so that their internal body clock could be observed.

Each person lived in the laboratory for 49 days (without a clock, or any knowledge of external night and day). They were given caffeine or a placebo, and dim or bright light (the bright light was a control, since bright light at night also delays the human circadian clock).

Melatonin is the main sleep hormone and is released from the pineal gland at night to make you feel sleepy. By observing the timing of the evening melatonin surge they showed that in those who were given caffeine equivalent to a double espresso, melatonin levels rose on average 40 minutes later than those given the placebo. In some people it was delayed for one hour 45 minutes – essentially the same effect as being jet lagged by an hour.

To understand more about how caffeine ‘jet lags’ the body the researchers added caffeine to human cells in the lab and found that it also delayed their built-in circadian clock.

They found that caffeine affects adenosine receptors which are found in all cells, and by reducing the levels of this protein on the cell surface it minimised the delay that caffeine would normally produce.

Side effects but also benefits

Caffeine is the world’s most widely consumed psychoactive drug, being the main drug in drinks such as coffee, tea energy drinks and colas.

Caffeine’s ability to keep us away is well established and the finding that caffeine influences human circadian physiology may have implications for treating sleep-wake disorders. Simply avoiding evening caffeine may help to treat problematic delayed sleep timing through circadian as well as established wakefulness-sleep mechanisms.

The study results highlight problems of the abuse of caffeine but, say the researchers it also points to potential benefits.

Properly timed caffeine use may also be of benefit with respect to shifting circadian timing, potentially assisting with circadian adaptation to large phase delays required when flying across many time zones westward, as well as sustaining wakefulness until bedtime in the new time zone.

New evidence shows that drinking strong coffee three hours before bed-time can give you 'jet lag' by turning the body clock back nearly an hour. [Photo: Bigstock]