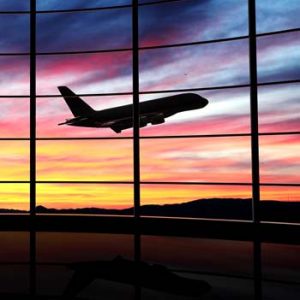 There are plenty of things you can do to minimise the impact of jetlag on your holiday. [Photo: Bigstock]

Jet lag – how to arrive in better shape

According to the World Health Organization up to 50% of travellers suffer uncomfortable side effects or become ill after flying.

Typical problems include tiredness, dehydration, listlessness and an inability to sleep often for days upon arrival at a new destination.

Long haul flights and the disruption that they cause to our bodies can make travellers more susceptible to colds, flu and stomach upsets – just at the moment when they want to relax and enjoyed some much earned time off.

It’s a problem for holidaymakers and business travellers, but also for flight crews and elite athletes. Coaches have long known that games can be won or lost according to how well the away team adjusts to new time zones.

Travelling across time zones plays havoc with our body clocks. It can create a very specific type of desynchronisation between our internal clocks and the prevailing light-dark cycles. Known as ‘jet lag’, its symptoms may also signal that we have become out of sync with the spin of the earth.

Our planet spins from west to east and this is the directional spin in which we evolved. Flying against the spin of the earth – from east to west – generally results in greater disruption of the circadian cycle.

This is because it requires the body to delay its release of sleep-inducing melatonin – usually achieved by exposing yourself to lots of bright light and other external cues, even when you are exhausted and need to go to bed. As a rule it takes one day to fully adjust to every one-hour’s time zone crossed during a flight.

No matter how well prepared and healthy you are the stress of travelling over several time zones will take its toll on your body clock to some degree. The most important factor in jet lag is how many time zones you cross, and travelling east seems to cause more problems for most people than travelling west. If you have a rigid routine, it’s likely that you might suffer more from jet lag than someone who adapts easily to change

Age could be a factor too – – babies seem barely susceptible to jet lag.  However in a study of simulated jet lag (requiring a 6-hour advance), middle-aged people (ages 37 to 52) experienced a greater degree of fragmented sleep on polysomnography than younger ones (ages 18 to 25). The older group suffered more, suggesting that our ability to adapt may decrease with age. Having said that,  in another study of airline pilots under and over 50 years of age the older pilots showed fewer signs of stress from crossing multiple datelines than the younger ones.

Jet lag symptoms are due to a combination of sitting or sleeping for long periods of time where circulation is impeded, the body is struggling to become accustomed to the time changes and change of sleep patterns and, also to the changing pressure in the aircraft.

There are lots of practical things you can do to minimise its effects. These include

Choose your departure times carefully Where you can select a flight that allows early evening arrival and stay up until 10pm local time. If you must sleep during the day, take a short nap in the early afternoon, but no longer than two hours. Set an alarm to be sure not to over sleep.

Change your bedtime Anticipate the time change for trips by getting up and going to bed earlier several days prior to an eastward trip and later for a westward trip.

Don’t just sit there To prevent swelling of ankles and feet do regular foot exercises and take a walk up the aisle at regular intervals.

Stay hydrated with water rather than alcohol and Avoid alcohol or caffeine at least three to four hours before bedtime. Coffee taken in the afternoon can disrupt sleep later in the day.

Earplugs and eye masks can help dampen noise and block out unwanted light while sleeping.

Get some sun Once you arrive, try to get outside in the sunlight whenever possible. Daylight is a powerful stimulant for regulating the biological clock. Staying indoors worsens jet lag. Light exercise in the sun may be particularly beneficial.

Contrary to popular belief, the types of foods we eat have no demonstrable effect on minimizing jet lag. But if you feel better eating lightly then do so. It is certainly better to eat sustaining whole foods that release energy slowly and steadily than it is to snack on heavily sweet, salty of fatty foods.

Arriving in better shape could help you combat two problems that can make adjustment to a new time zone worse: the “First Night Effect” and the “On-Call Effect.” The first occurs when you are trying to sleep in a new or unfamiliar environment. The second keeps you awake with a nagging worry that something just might wake you up, such as the possibility of a phone ringing, hallway noise or another disruption.

Melatonin has been the subject of many trials and found to be successful in some. While some people swear by it a 2006 review of the evidence found it was not an effective treatment for short term sleep disruptions such as jet lag. As an emergency intervention it is thought to be safe, but it should not be taken over the longer term. Timing of the dose has been found to be crucial, and to get the best results you may have to start taking supplements for several days before the flight and again for several days after your journey is completed.

The light intensity required is 3,000 lux which is available outside in warm climates but not in colder climates or for those who are restricted to other activities such as business travel which necessitates going from one indoor environment to another.

Herbal remedies can be taken as tincture in a little water Oat tincture: A mildly diuretic nervine tincture to be taken during the flight to ease swelling in the feet and aid relaxation. Take 10 drops in a glass of water every six hours. Kola, Oat, Rosemary tinctures: This mixture will stimulate the nervous system and help you to adjust on arrival. Buy as a mixture and take in water to help you keep awake during the new ‘daytime’ hours. Do not use during pregnancy or breastfeeding unless prescribed by a qualified practitioner.

Homoeopathy Choose the remedy that best matches the symptoms. Arnica 30: Helps with exhaustion and trauma of jet lag and long flights. Take one dose for every four hours of flight time, plus one dose on arrival.  Belladonna 30: Helps the body to adjust to pressure changes and can help to prevent headaches. Take one dose every 4 hours as required. Kali Phos 6X: A nerve tonic for exhaustion, sleeplessness and tension. Take every six hours on board and for two to three days after arrival as required. A homoeopathic combination remedy called No Jet Lag has been shown in studies to reduce the symptoms of jetleg. It contains Arnica 30C, Bellis Perennis 30C (Daisy), Chamomilla 30C (Chamomile), Ipecacuanha 30C (Ipecac), Lycopodium 30C (Club moss).

Buy the app Yes there’s an app for jet lag as well! In a just published study a research team, made up of scientists from University of Michigan and Yale University, has come up with a new mathematical model that could possibly do away with the ill effects of jet lag. Building on the team’s earlier research, the new data has been turned into an iPhone application called Entrain.

After a person tells the app their present location, their future destination and the type of light that a person has access to, the app will give a person a schedule of light exposure that fits the time zone that a person is going to. If a person follows the schedule given by this application, they should not feel jet lag as their body is already used to the new time zone. The app has fast and slow schedules, depending on how quickly a person wants to orient themselves to a different time zone. It’s also drug free – unless, of course, you count your dependence on your iPhone as a drug!

There are plenty of things you can do to minimise the impact of jetlag on your holiday. [Photo: Bigstock]