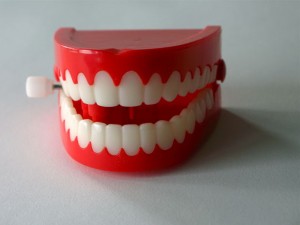 Gum disease can make it harder to get pregnant

If you want to get pregnant, you might want to pay a visit to your dentist.

At the recent annual meeting of the European Society of Human Reproduction and Embryology, Roger Hart Professor of Reproductive Medicine at the University of Western Australia (Perth, Australia) and Medical Director of Fertility Specialists of Western Australia, told delegates that the negative effect of gum disease on conception was of the same order of magnitude as the effect of obesity.

Periodontal (gum) disease is a chronic, infectious and inflammatory disease of the gums and supporting tissues. It is caused by the normal bacteria that exist in everyone’s mouths, which, if unchecked, can create inflammation around the tooth; the gum starts to pull away from the tooth, creating spaces (periodontal pockets) that become infected.

The inflammation sets off a cascade of tissue-destructive events that can pass into the circulation. As a result, periodontal disease has been associated with heart disease, type-2 diabetes, respiratory and kidney disease, but also problems in pregnancy such as miscarriage and premature birth.

Prof Hart, said: “Until now, there have been no published studies that investigate whether gum disease can affect a woman’s chance of conceiving, so this is the first report to suggest that gum disease might be one of several factors that could be modified to improve the chances of a pregnancy.”

The researchers analysed information on pregnancy planning and pregnancy outcomes for 3416 women, who were taking part in a Western Australian trial called the ‘SMILE study’.

Gum disease is preventable with regular brushing and flossing.

Prof Hart noted the conventional wisdom that all women about to plan for a family should seek appropriate lifestyle advice with respect to weight loss, diet and assistance with stopping smoking and drinking, plus the commencement of folic acid supplements.

He added: “Additionally, it now appears that all women should also be encouraged to see their dentist to have any gum disease treated before trying to conceive. It is easily treated, usually involving no more than four dental visits.”