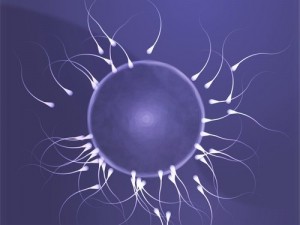 Natural Health News — Eating high-fat diet can reduce a man’s sperm count by up to 40%.

The study by Danish researchers, published in the American Journal of Clinical Nutrition, surveyed and examined 701 young Danish men who were about 20 years old and getting checkups for the military between 2008 and 2010.

The men were asked about the food they ate over the prior three months, and then asked for a semen sample. The men who ate the most saturated fats had a 38% lower concentration of sperm (45 million sperm per millilitre) and 41% lower sperm counts (128 million) in their semen than those who ate the least fat.

Those eating the least fat had an average sperm concentration of 50 million per millilitre of semen and a total sperm count of about 163 million.

This finding of this most recent study is very similar to that of Harvard researchersin 2012 who found an association between a high total fat intake and lower total sperm count and concentration. It also found that men who ate more omega-3 polyunsaturated fats (the type of fat often found in fish and plant oils) had better formed sperm than men who ate less.

In this study as well, the relationship between dietary fats and semen quality was largely driven by the consumption of saturated fats. Men consuming the most saturated fats had a 35% lower total sperm count than men eating the least, and a 38% lower sperm concentration.

In addition, there is evidence to show that high-fat diets have the potential to damage sperm, raising the risk of birth defects. However, the Harvard study showed that consuming more omega-3 fatty acids (such as those in fish oil) could help repair this kind of damage

But dietary changes can help

Dietary changes – such as those used in the Foresight programme – can be an effective way to address fertility issues in both men and women.

In 2011, for example, Brazilian researchers found that, among men seeking fertility treatment, eating more grains – such as wheat, oats or barley – was associated with improved sperm concentration and motility, while fruit was also linked to a speed and agility boost in sperm.