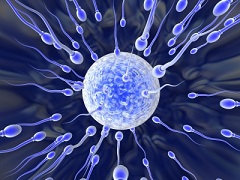 Natural Health News — A new study in rats found that Roundup altered testicular function after only 8 days of exposure at a concentration of only 0.5%, similar to levels found in water after agricultural spraying.

The study found no difference in sperm concentration, viability and mobility, but there was an increase in abnormal sperm formation measured 2, 3, and 4 months after this short exposure.

The study, published in the journal Environmental Toxicology and Pharmacology, is the first to measure the delayed effects of exposure to Roundup on sperm in mammals from a short exposure. It was conducted by a team including Prof Gilles-Eric Séralini at the University of Caen, France.

Roundup was found to change gene expression in sperm cells, which could alter the balance of the sex hormones androgen and estrogen. A negative impact on sperm quality was confirmed, raising questions about impaired sperm efficiency. The authors suggested that repeated exposures to Roundup at doses lower than those used in agriculture could damage mammalian reproduction over the long term.

Roundup, the active ingredient of which is glyphosate, is the world’s most widely used herbicide formulation. It’s widespread use is due in part to the fact that many GM crops are engineered to withstand repeated sprayings.

The study’s findings should raise alarm in farm workers, as well as people who spray Roundup for municipal authorities and even home gardeners. People exposed to lower doses repeated over the long term, including consumers who eat food produced with Roundup and people who happen to be exposed to others’ spraying activities, should also be concerned.

Those who want to conceive a child should take special measures to minimise their exposure, including eating organic food and lobbying for a ban on Roundup spraying in their neighbourhoods.