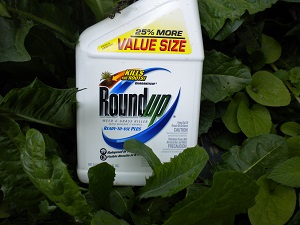 Natural Health News — Glyphosate, the active ingredient in the herbicide Roundup – used widely on GM crops – has been declared a category 2A  ‘probable human carcinogen’ by the International Agency for Research on Cancer (IARC).

The Agency, a branch of the World Health Organization, came to its conclusion as part of a recent review of the cancer-causing potential of five pesticides (the others being the organophosphates tetrachlorvinphos, parathion, malathion and diazinon). The review was made by an international panel of 17 experts and is published in the journal Lancet Oncology.

As toxic as lead, steroids and dry cleaning fluid

Glyphosate is the world’s most widely used herbicide. It is sold to gardeners for domestic use and, crucially, around 80% of all GM crops are engineered to be tolerant to it, allowing farmers to spray large quantities of it on these crops to kill weeds. Glyphosate is also sprayed on non-GM grain crops as a desiccant (to dry them out) before harvest.  Perhaps not surprisingly, recent surveys of bread in the UK have found that 60% of loaves contain residues, with glyphosate being the pesticide most frequently detected.

Even so, it is the herbicide’s use on GM crops that has helped drive its extensive use on farms around the world.

Being a 2A probable human carcinogen puts glyphosate in the same league as human papillomavirus type 68, inorganic lead compounds, anabolic steroids, working in a petroleum refining plant, and the dry cleaning fluid tetrachloroethylene (perchloroethylene, or ‘perc’).

Monsanto and The Joint Glyphosate Task Force, comprised of companies that manufacture the toxic herbicide, which currently generates revenues of $6 billion a year, have issued statements saying they believe the IARC has got it wrong.

While evidence of the environmental harm wrought by glyphosate – resistant ‘superweeds, destroying soil organisms, and threatening the survival of pollinators such as bees and butterflies – has been known for some time, evidence of its health effects is only just emerging, especially in the US where the population has been eating GMOs for nearly two decades.

Traces of glyphosate has been found widely in the urine of European citizens. Likewise traces of glyphosate have also been found in the breastmilk and urine of American mothers, as well as in their drinking water. The levels in breastmilk were worryingly high – around 1,600 times higher than what is allowable in European drinking water. Passed on to babies through breastmilk, or the water used to make formula, this could represent an unacceptable risk to infant health since glyphosate is a suspected hormone disrupter.  Recent studies suggest that this herbicide is also toxic to sperm.

Studies of animals fed GM foods and/or glyphosate, show worrying trends in terms of health impacts including damage to vital organs like the liver and kidneys, damage to gut tissues and gut flora, immune system disruption, reproductive abnormalities, and of course, tumours.

And it’s being sneaked into the UK

News of the new classification was followed quickly by revelations that many UK companies are sneaking GMOs into the UK food supply. Domino’s Pizza, Marks & Spencer and Waitrose are among those that are quietly starting to sell GM-containing foods without making this explicit to their customers.

Evidence from the US shows that Roundup Ready crops contain many times more glyphosate, and its toxic breakdown product AMPA, than normal crops. Thus, UK consumers who are getting these products are also getting more of this toxic herbicide.