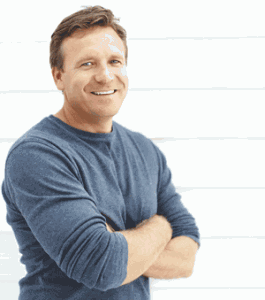 Natural Health News — A study of men who were evaluated for the cause of their infertility has discovered previously unknown relationships between deficiencies in their semen and other, seemingly unrelated health problems.

A study of more than 9,000 men with fertility problems found a correlation between the number of different defects in a man’s semen and the likelihood that the man has other health problems.

The study, conducted by investigators at the Stanford University School of Medicine, also links poor semen quality to a higher chance of having various specific health conditions, such as hypertension, and more generally to skin and endocrine disorders.

The findings, published in Fertility and Sterility, may spur more-comprehensive approaches to treating male infertility. They also point to the wisdom of performing complete physical examinations of men experiencing reproductive difficulties.

“About 15% of all couples have fertility issues, and in half of those cases the male partner has semen deficiencies,” said the study’s lead author, Michael Eisenberg, MD, assistant professor of urology and director of male reproductive medicine and surgery at Stanford. “We should be paying more attention to these millions of men. Infertility is a warning: Problems with reproduction may mean problems with overall health.”

A study Eisenberg co-authored a few years ago showed that infertile men had higher rates of overall premature death, as well as death linked to heart problems, in the years following an infertility evaluation. “But here, we’re already spotting signs of trouble in young men in their 30s,” he said.

In the new study, Eisenberg and his colleagues analyzed the medical records of 9,387 men, mostly between 30 and 50 years old, who had been evaluated at Stanford Hospital & Clinics (now Stanford Health Care) between 1994 and 2011 to determine the cause of their infertility. The men had routinely provided semen samples, which the researchers assessed for characteristics including volume, concentration and motility.

In about half of all the male infertility cases, the problem was abnormal semen; in the rest, the fault lay elsewhere. So, using the database, the investigators were able to compare the overall health status of men who had semen defects to that of the men who didn’t.

With an average age of 38, this was a fairly young group of men. However, 44% of all the men had some additional health problem besides the fertility problem that brought them to the clinic.

In particular, the investigators found a substantial link between poor semen quality and specific diseases of the circulatory system, notably hypertension, vascular disease and heart disease. “To the best of my knowledge, there’s never been a study showing this association before,” said Eisenberg. “There are a lot of men who have hypertension, so understanding that correlation is of huge interest to us.”

In addition, as the number of different kinds of defects in a man’s semen rose, so did his likelihood of having a skin disease or endocrine disorder. When looking at the severity of all health problems, the scientists observed a statistically significant connection between the number of different ways in which a man’s semen was deficient and the likelihood of his having a substantial health problem.

The study wasn’t designed to determine precisely how connections between semen deficiencies and seemingly unrelated disorders, such as cardiovascular or endocrine disease, come about. But, Eisenberg noted, some 15 percent of all genes in the human genome are connected fairly directly to reproduction, and most of these genes also have diverse functions in other bodily systems. He also noted that it may not be a disease itself, but the treatment for the disease, that’s actually responsible for reproductive malfunction.

Eother way he notes that semen qualty can he a kind of health warning.

“A man’s health is strongly correlated with his semen quality,” he said. “Given the high incidence of infertility, we need to take a broader view. As we treat men’s infertility, we should also assess their overall health. That visit to a fertility clinic represents a big opportunity to improve their treatment for other conditions, which we now suspect could actually help resolve the infertility they came in for in the first place.”