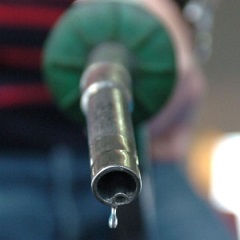 The greatest sources of breast cancer carcinogens in the environment were found to be gasoline and chemicals created by combustion, such as benzene and butadiene

Health risks for women and men from industrial chemicals

Natural Health News — Two new studies have highlighted the extent to which our health, particularly the reproductive health of both women and men, is affected by toxic chemicals in the environment

In the first, researchers have identified 17 “high-priority” environmental chemicals women should avoid in order to reduce their risk of breast cancer

The study, by Scientists from the Silent Spring Institute in Massachusetts also documents how to test for the presence of these chemicals in women’s bodies.

“The study provides a road map for breast cancer prevention by identifying high-priority chemicals that women are most commonly exposed to and demonstrates how to measure exposure,” explains study author Ruthann Rudel, research director of the Silent Spring Institute.

“This information will guide efforts to reduce exposure to chemicals linked to breast cancer, and help researchers study how women are being affected.”

Rudel and his team say, only 5-10% of breast cancers are a result of high-risk inherited genes. Furthermore, the researchers note that around 80% of women diagnosed with breast cancer are the first in their family to develop the disease. Such figures, they say, are evidence that breast cancer is caused by additional factors.

These, according to the study published in Environmental Health Perspectives, include chemicals in gasoline, diesel and other vehicle exhaust, flame retardants, stain-resistant textiles, paint removers, and disinfection by-products in drinking water.

More than just alcohol and HRT

It is well documented that exposure to some chemicals, including alcohol, tobacco smoke and those involved in combination hormone replacement therapy, may increase the risk of breast cancer in women.

But say the researchers many other chemicals have been shown to cause mammary tumours in animals. However, only a small number of these chemicals have ever been incorporated in human breast cancer studies, partly because there have been no reliable techniques through which to measure exposure.

Therefore, the team set out to determine what chemicals present the highest risk of breast cancer in women and how exposure to such chemicals can be measured.

The researchers identified 216 chemicals that have been associated with mammary tumours in rodents, before identifying 102 that women were most likely to be exposed to.

The team then reviewed exposure to such chemicals in rodent studies and compared the results with human breast cancer studies. This was to see whether rodent studies could be used to predict human study results.

The researchers assessed studies in which researchers had measured breakdown products (metabolites) of each chemical or the chemical itself in the blood, urine or other samples of humans. This was to determine the best way for researchers to measure exposure to carcinogens.

High risk from gasoline and chemicals formed by combustion

The researchers were able to put the toxic chemicals identified into 17 high-priority groups that may cause breast cancer in women.

The most dangerous of these were gasoline and chemicals created by combustion, such as benzene and butadiene. Such chemicals are present in vehicle fuel, lawn equipment, tobacco smoke and burned or charred food.

Solvents including methylene chloride and other halogenated organic solvents – often found in industrial degreasers, specialty cleaners and spot removers – were found to be other breast cancer-causing chemicals.

The researchers found biomarkers in urine, blood and other samples for 62 of the 102 high-priority breast cancer carcinogens identified that could be used to measure women’s exposure. They discovered that techniques used in rodents could be used to identify a further 11 chemicals in humans.

However, this latest research could change this.

The US National Institutes of Health says it will now incorporate the study’s recommendations as it prepares to test samples from around 50,000 women in its closely watched study of sisters to evaluate causes of breast cancer.

“This paper is a thorough review of toxicology data and biomarkers relevant to breast cancer in humans. It’s a terrific  resource for epidemiologists thinking about studying environmental contributors to breast cancer or trying to understand the associations they see in their questionnaire data,” said Dale Sandler, PhD, Chief of Epidemiology at NIH’s National Institute of Environmental Health Sciences (NIEHS).

There are a number of things women can do to reduce their risk of exposure to mammary carcinogens, say the researchers, including:

Men at risk too

In a separate study European scientists looked at the direct effects of a number of chemicals, on sperm health.

Endocrine disruptors are present in food, textiles, drugs, household, and personal-care products such as plastic bottles, toys, and cosmetics. Proving the deleterious effects of endocrine disruptors on human beings, however, has been difficult.

In this initial study, about one hundred chemicals were tested. Around one third, including ultraviolet (UV) filters like 4-methylbenzylidene camphor (4-MBC) and octyl methoxycinnamate used in some sunscreens, the anti-bacterial agent triclosan used in toothpaste, showed adverse effects including reducing motility. Some parabens (not used in cosmetics and recently banned by the EU) and phthalates also showed these harmful effects.

“For the first time, we have shown a direct link between exposure to endocrine disrupting chemicals from industrial products and adverse effects on human sperm function,” said Niels E. Skakkebaek, professor and leader of the Danish team.

The greatest sources of breast cancer carcinogens in the environment were found to be gasoline and chemicals created by combustion, such as benzene and butadiene