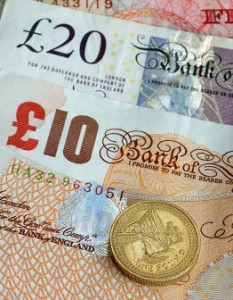 You know how it is. You buy something; you shove the receipt into your wallet, billfold or pocket alongside your cash and you move on. But new data suggests that the toxic residues – particularly the hormone disrupting chemical bisphenol A (BPA) – on receipts can transfer to paper money and from there into your body.

Writing in the journal Environmental Science & Technology, the scientists report on an analysis of 156 pieces of paper money from 21 countries – all of which were found to contain traces of BPA.

BPA is used in plastic manufacturing and can be found in consumer products such as water bottles, the coating on the inside of food cans, sports equipment, and household electronics. BPA is a suspected hormone disruptor that mimics the action of estrogen.

Exposure to BPA has been linked to a variety of health problems such as early menstruation in girls and delayed puberty in boys as well as possibly higher risk of estrogen dependent cancers such as in the breast and ovaries. It has also been implicated in cases of heart disease and thyroid disruption.

While the researchers commented that “estimated daily intake from paper currencies were 10-fold lower than those reported from exposures due to [indoor] dust ingestion in the United States”, it nevertheless adds to our overall exposure of a particularly risky chemical in an unexpected and insidious way.