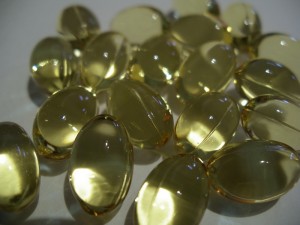 A new study followed approximately 1,100 pregnant women and 900 infants in Mexico. The women were supplemented daily with 400 mg of docosahexaenoic acid (DHA) supplements in the algal form or placebo from 18 to 22 weeks gestation through childbirth.

Researchers found those whose mothers took DHA supplements had fewer colds and shorter illnesses at one, three and six months of age.

For example, at one month of age, the infants in the DHA group experienced a reduced occurrence of cold symptoms by 25 percent, including a shorter duration of cough, phlegm and wheezing.

At six months of age, infants in the DHA group experienced shorter duration of fever, nasal secretion, difficulty breathing and rash, though longer duration of vomiting. The same research team have previously reported findings that show offspring of women pregnant with their first child who received 400 mg DHA during pregnancy delivered babies who were 100 grams heavier at birth and 3/4 cm longer at 18 months of age.

The study also found increased DHA levels in breast milk. All of the infants participating in the study were breastfed.