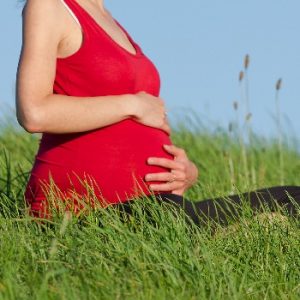 Natural Health News — Chemicals used to manufacture everyday items such as cosmetics, furniture and plastics can interfere with thyroid hormone actions in pregnant women and have a knock on effect on their children’s brain development.

According to a review published in Endocrine Connections rising levels of chemical production has led to “widespread environmental chemical contamination.” The researchers from the Centre National de la Recherche Scientifique, Université Paris-Sorbonne, further warn that current public health policy “does not fully address the risks to vulnerable populations.”

» The researchers warn that current public health policy does not adequately address exposure to chemicals – or mixtures of chemicals – that might harm children’s neurodevelopment.

Maternal thyroid hormones are essential for normal brain development of children and previous human studies have indicated that even moderate disruption to these hormones in pregnant women may affect cognitive development (e.g. IQ and mental abilities) and increase the risk of brain developmental disorders in their children.

In recent decades, an increase in chemical production has led to widespread environmental chemical contamination that can affect normal hormone function in those exposed, particularly in vulnerable populations, such as children and pregnant women.

Many of these identified endocrine-disrupting chemicals (EDCs), which include pesticides as well as chemicals used in the manufacture of drugs, cosmetics, furniture and plastics, have been reported to interfere with thyroid hormone function.

The authors further highlight that complex mixtures of these thyroid-disrupting chemicals are present in all humans, including children and pregnant women.

The risk is real

Lead researcher Prof Barbara Demeneix says that having reviewed data on pregnant women’s exposure to these chemicals, her team is convinced that the risk is real and that the data provide “a plausible link to the recent increased incidence of neurodevelopmental conditions, including autism spectrum disorders and attention deficit hyperactivity disorders.”

Prof Demeneix continues, “Many experts in the field, consider that the current testing guidelines for thyroid-disrupting chemicals are not sufficiently sensitive, do not take into account recent findings and do not adequately consider risks to vulnerable populations, such as pregnant women.”