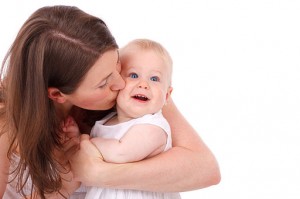 Increasing your intake of healthy fats during pregnancy can help protect your child from allergic rhinitis and asthma [Image: Vera Kratochvil - Wikimedia Commons]

Natural Health News — Getting the balance of fats right in your pregnancy diet, can make the difference between a child with allergies and one who is healthy, according to a recent studies

Fatty acids have a number of immunological effects and, accordingly, may play a role in the development of allergic diseases.

The first study in the British Journal of Nutrition investigated the effect of maternal intake of fatty acids during pregnancy on the risk of allergic rhinitis, wheeze and atopic eczema in 2441 children aged 5 years.

The result showed that during pregnancy, high consumption of butter and butter spreads and higher ratio of omega-6 to omega-3 fatty acids, such as is prevalent in the modern Western diet, were associated with an increased risk of allergic rhinitis in the offspring by 5 years of age.

In contrast, high maternal consumption of total polyunsaturated fatty acids and alpha-linolenic fatty acids were associated with a decreased risk of allergic rhinitis. Alpha-linolenic acid is a plant-source omega 3 fatty acid, similar to that found in fish.

Low-fat yoghurt – no benefits for the baby

In a second study, in the Journal of Nutritional Science, researchers from the Harvard School of Public Health found that eating low-fat yogurt whilst pregnant actually increased the risk of your child developing asthma and allergic rhinitis (hay fever).

The researchers assessed milk and dairy intake during pregnancy in order to assess whether fatty acids found in dairy products could protect against the development of allergic diseases in children.

The results showed that consuming whole milk was associated with a lower risk of allergic rhinitis or asthma. But for those women who consumed semi skimmed milk 5 or more times a week the risk was 8% greater.

Women who ate more than a single serving a of low-fat yogurt per day were 21% more likely to have a child with asthma by age 18 months. By age 7 this figure had risen; children were 60% more likely to have allergic rhinitis and to display current asthma symptoms compared to those whose mothers did not consume low fat yoghurt.

Organic is even better

The scientists hypothesised that the benefit stems from the increased levels of the beneficial conjugated linoleic acid (CLA) found in milk from organically managed cows. A separate 2007 study confirmed that higher levels of conjugated linoleic acids are not only found in cows’ milk but also in the breast milk of women consuming organic milk. This therefore supports the notion that the higher levels of CLAs in the breast milk of organic milk drinking mothers are a key mechanism in reducing eczema, as well as the organic dairy diet of the infants themselves.

Whole milk, especially if it is organic and grass fed is a good source of omega 3 fatty acids.  this type of fat is  essential and can only be obtained from the diet.

Astonishingly, given how important omega-3s are for fetal neurological development, hormone production, the timing of gestation and birth weight, and now, it seems, protection against allergies, requirements during pregnancy have not been established. It is likely however that pregnant women need more of this type of fat than non-pregnant women.

Because pregnant women are told to restrict their fish intake to 2 servings a week, it is likely that many are not getting enough omega-3s. Good quality dairy, plant oils and supplements, nuts and seeds as well as choosing oily fish that are low on the food chain such as mackerel and sardines are a good way to boost intake. For more information see here.

Increasing your intake of healthy fats during pregnancy can help protect your child from allergic rhinitis and asthma [Image: Vera Kratochvil - Wikimedia Commons]