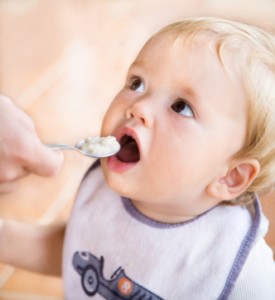 Fish meals in infancy may help prevent allergies later on

Natural Health News — Eating pureed fish in infancy may be the best way to prevent allergies later in childhood.

In a recent study researchers from Stockholm’s reknownKarolinska Institute followed 3,285 children from birth to age 12.

Every four years the scientists asked the parents detailed questions about each child’s diet, lifestyle, environment and about symptoms of allergic disease.

In particular, they asked the parents to detail the frequency with which their children ate fish from birth to age one.

What the researchers were trying to establish was whether there were any statistical links between the frequency of fish consumption in infancy and signs of allergic disease up to age 12.

Fish is an important element of the dietary patterns of Nordic countries with 80% of the infants in this study consuming it at least twice a month.

Allergies on the rise

According to a recent World Health Organization report, worldwide, the rise in prevalence of allergic diseases has continued in the industrialized world for more than 50 years. On a global scale the percentage of children who are sensitive to one or more common allergens among school children are currently approaching 40%-50%.

Both conditions are also linked with an increased risk of asthma.

The study did not examine exactly which type of fish had the most potent affect, nevertheless the researchers concluded that “Regular fish consumption in infancy may reduce risk of allergic disease up to age 12”.

Adding to the evidence

The findings of this study are substantial and it’s a terrible conundrum to find, as our oceans become more polluted and our fish stocks dwindle, that we have recklessly decimated the source of important nutrients in our diets.

Other studies have come to similar conclusions and this one simply adds more weight to the considerable body of evidence suggesting that fish consumption early in life can help kids avoid allergies.

For example, a 2003 study in Norway found that fish consumption in the first year of life may reduce the risk of developing asthma and allergic rhinitis in childhood by 55% an 16% respectively

While there is evidence that taking fish oils whilst pregnant can help reduce a child’s subsequent risk of allergies, in 2012 Norwegian scientists concluded that it was more important that infants ate fish themselves and it was the intake of fish per se, not specifically n-3 polyunsaturated fatty acids, was the most important element in preventing eczema.

Another study found that introduction of fish between 6 and 12 months, but not fish consumption afterwards, is associated with a lower prevalence of wheezing, suggesting that there is a window of opportunity in terms of a child’s early diet that  may have longer term health implications.

Think local and sustainable – even for fish

The same rules of sustainability apply for the sea as they do for the land. So whether you are sourcing fish or yourself of your family think local and seasonal, because, as the Marine Stewardship council point out seafood has seasons too. See the helpful organisations listed in the side panel for more information on sustainable fish.