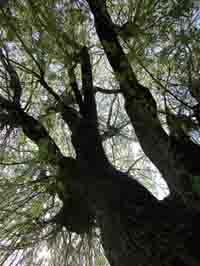 Take a walk, visit a local park, get out into the country when you can - your lungs will thank you for it

Get back to nature to reduce allergies and asthma

Natural Health News — Forget pills, inhalers and untested vaccines. If we want to reverse the allergy and asthma epidemic we need to get ourselves back to nature.

A new study published in the Proceedings of the National Academy of Sciences (PNAS) says that too little contact with biodiverse natural environments is one reason more city dwellers are developing allergies and asthma.

Scientists at the University of Helsinki tested 188 teenagers in eastern Finland. Those who lived on farms or near forests were found to have more diverse bacteria on their skin and a lower sensitivity to allergens. Results showed that certain microbiota – bacteria that have been shown to be beneficial to humans by helping to maintain our immune system – are found in greater abundance in non-urban settings.

In addition the study homed in on one specific class of bacteria, known as gammaproteobacteria, which has a “special function” in human health. One type of gammaproteobacteria , called Acinetobacter, was singled out as being “strongly linked to the development of anti-inflammatory molecules”. The more of this bacterium the study participants had on their skin, the less sensitive they were to allergens in the environment.

Green environments (forests, agricultural areas) naturally have a richer diversity of bacteria but city and urban dwellers are deprived of these helpful organisms. It would be healthier for all of us say the the University of Helsinki researchers if urban planners ensured diverse “green spaces, green belts and green infrastructure” throughout cities.

We’re all children of nature

We’ve written quite a on NYR Natural News bit about the value of green spaces in lifting the spirit and fuelling creativity. Our Healing with the Seasons series is all about connecting with nature at a deeper level. Increasingly it is evident that access to nature is not just a ‘nice to have’ but an essential element in maintaining our physical and mental health. We’re not the only ones who believe this.

Earlier this year a study published in the journal Landscape and Urban Planning illustrated a link between the lack of green spaces and higher stress levels among people living in nature-deprived urban areas.  The researchers. Using measurement of cortisol, a hormone released in response to stress, found in residents’ saliva, the researchers were able to show that natural deprived adults were also more stressed out.

The Inclusive Design for Getting Outdoors consortium (I’DGO) has found a “direct link between the ease of getting outdoors and health and quality of life“.

The study, involving 4,350 older people across the UK, found that good walkable access to local shops, services and green spaces doubled the chances of an older person achieving the minimum recommended amount of walking – 2.5 hours each week.

Children benefit too, of course. In 2011 a report by London’s Sustainable Development Commission,  Sowing the Seeds – Reconnecting London’s Children with Nature, suggested that a child’s contact with nature is particularly important for social development and can influence future physical, mental and social wellbeing as an adult.  Maximising young people’s contact, and the quality of that contact, with nature in the city, it concluded, is fundamental.

Contrast this with the fact that Britain’s National Trust recently reported that more and more children are “losing contact with nature.” and with data suggesting that only 24% of children the U.K. play outside today.

This echoes the world of US author Richard Louv whose seminal work Last Child in the Woods was the first book to bring together a new and growing body of research indicating that direct exposure to nature is essential for healthy childhood development and for the physical and emotional health of children and adults.

Take a walk, visit a local park, get out into the country when you can - your lungs will thank you for it