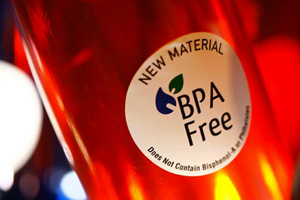 In spite of evidence showing how toxic it is, most governments refuse to ban BPA in materials that come into contact with food

Natural Health News — New evidence links early exposure to the chemical bisphenol A (BPA) to an elevated risk of asthma in young children.

BPA is a component of some plastics and is found in reusable water bottles, the linings in soft drink and beer cans and food tins, plastic water pipes, dental sealants, till receipts and even on paper money.

“Asthma prevalence has increased dramatically over the past 30 years, which suggests that some as-yet-undiscovered environmental exposures may be implicated.”  says lead author Kathleen Donohue, MD, an assistant professor of Medicine at Columbia University College of Physicians and Surgeons and an investigator at the Center for Children’s Environmental Health. “Our study indicates that one such exposure may be BPA.”

Reporting in the Journal of Allergy and Clinical Immunology Dr. Donohue and her colleagues followed 568 women enrolled in the Mothers & Newborns study of environmental exposures. BPA exposure was determined by measuring levels of a BPA breakdown product, or metabolite, in urine samples taken during the third trimester of pregnancy and in the children at ages 3, 5, and 7.

Physicians diagnosed asthma at ages 5 to 12 based on asthma symptoms, a pulmonary function test and medical history. A questionnaire was used to evaluate wheeze.

After adjusting for secondhand smoke and other factors known to be associated with asthma, the researchers found that post-natal exposure to BPA was associated with  a nearly 50% increased risk of wheeze and asthma.

In this study BPA exposure during the third trimester of pregnancy was associated with a 30% reduced risk of wheeze at age 5 and at ages 6 and 7  the figure was 20% reduced risk).

This unusual finding is in contrast to previous evidence showing that BPA exposure during pregnancy, particularly during the second trimester which is a critical period for the development of airways and the immune system, was positively linked with risk for asthma.

At all three time points, more than 90% of the children in the study had detectable levels of BPA metabolite in their bodies, a finding that is in line with previous research.

The study suggests that the relationship between BPA and asthma is not straightforward.

The biological mechanism behind the BPA-asthma connection, say the researchers, remains unclear. For instance, they found no evidence that exposure to BPA increased the risk that the immune system would develop more antibodies to common airborne allergens. “Other possible pathways may include changes to the innate immune system, but this remains an open question,” says Dr. Donohue.

The new study builds on existing evidence linking BPA exposure to respiratory symptoms, as well as to obesity, impaired glucose tolerance, and behavioural issues, among a range of health problems.In 2009 The Endocrine Society, the world’s oldest, largest and most active organisation devoted to research on hormones, issued its first-ever scientific statement on BPA saying that it can interfere with human hormone systems even at acutely low doses.

In July 2012, the Food and Drug Administration banned BPA in baby bottles and sippy cups, though adult food contact materials and cosmetics still contain this chemical.

In 2011 Australia began a gradual phase out of baby bottles and tinned baby food containing the chemical though other BPA containing products remain on the market.

France has banned BPA in containers aimed at children  from the beginning of this years and will take it out of all food contact materials by 2014.  The UK, in common with much of the EU, has failed to ban this toxic substance.

Manufacturers too, are reluctant to remove the chemical from their packaging.  In 2009 a Washington Post investigation uncovered internal company memos from the Coca Cola Company which discussed plans to “devise a public relations and lobbying strategy to block government bans” of BPA in can linings.

So once again it’s up to the public to try to protect itself. To reduce exposure to BPA the campaign No More BPA recommends:

Evidence suggests that reducing our exposure to sources of BPA can very quickly help reduce the amount of BPA circulating in our bodies. A study by the US Breast Cancer Fund found that a diet which eliminates “intentional” sources of BPA led within days to a reduction of more than half the level of BPA detected in urine.

In spite of evidence showing how toxic it is, most governments refuse to ban BPA in materials that come into contact with food