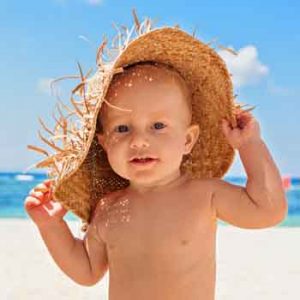 Vitamin D - from the sun or from supplements - could protect kids from allergies and asthma. [Photo: Biogstock]

Natural Health News — Children who are deficient in vitamin D from birth are more likely to develop asthma and allergies, Australian scientists have discovered.

The findings, published in the Journal of Allergy and Clinical Immunology, showed that chronic vitamin D deficiency in early childhood were linked to higher rates of asthma at aged 10, as well as allergy and eczema.

Researchers tracked vitamin D levels in a group of more than 260 children in Perth at a high risk of asthma from birth to age 10.

» A 10-year study by Australian scientists has shown that children with low vitamin D status are more likely to develop asthma and allergies.

» The findings highlight the important role that vitamin D plays in regulating the immune system as well as promoting a healthy lung development.

» Given that sun exposure is a major source of vitamin D the results also suggest that current recommendations to keep children out of the sun may not be healthy advice.

Dr Hollams said the findings showed that vitamin D plays an important role in regulating the immune system as well as promoting healthy lung development and that the study’s findings shed new light on a contested area of research.

“While it has been suggested that inadequate vitamin D may be a factor contributing to the surge in asthma rates over recent decades…there has been a lack of research looking at whether vitamin D deficiency is more detrimental at certain periods in childhood.”

Specifically, Dr Hollams says this study shows for the first time that babies deficient in vitamin D have higher levels of potentially harmful bacteria in their upper airways, and are more susceptible to severe respiratory infections.

“Earlier research by our team and others around the world has identified the first two years of childhood as a critical period during which allergies and chest infections can combine to drive asthma development in susceptible children. Our new findings identify vitamin D deficiency as a co-factor that may promote this process,” she said

This study comes not long after a major UK review which looked at evidence from the best quality trials on vitamin D and asthma and found that supplementing, alongside conventional medication, can help cut the risk of severe attacks by half.

Dr Hollams suggested there were still many unknowns in the field of vitamin D research.

“We still don’t know what the optimal level of vitamin D is for good lung health and immune function, and we don’t know if supplementation would address this issue, or if healthy sun exposure is what is required, given that vitamin D is an indirect measure of recent sun exposure,” she said.

This last point raises a potentially serious question about ongoing recommendations to keep kids out of the sun on the basis that it protects health.

Vitamin D - from the sun or from supplements - could protect kids from allergies and asthma. [Photo: Biogstock]