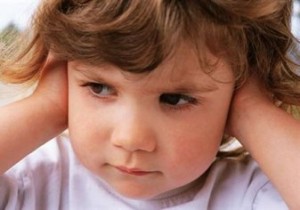 Researchers from the University of Milan report that compared with children who took a placebo, those with recurrent acute otitis media (AOM) who received 1,000 IU daily of Vitamin D had significantly lower risk of experiencing one or more episodes of AOM and the risk of uncomplicated acute otitis media was markedly smaller in the vitamin D group as well.

The researchers took 116 children with an average age of around 34 months, with recurrent otitis media and randomly assigned treatment with daily doses of oral 1,000 IU of vitamin D or with placebo over 4 months. Recurrences of acute otitis media were monitored for 6 months.

Most of the children in both groups were white (98.3% and 100%, respectively) and had been breast feeding for 3 or more months (72.4% and 84.1%). All had a similar incidence of ear infections before the study; all had been vaccinated with the influenza vaccine, and the majority had received a heptavalent pneumococcal conjugate vaccine (82.8% for both groups).

At 6-month follow-up, blood vitamin D was significantly higher in those treated with supplements versus placebo (36.2 ng/mL versus 18.7 ng/mL). Additionally, approximately 60% fewer children in the vitamin D group had one or more episodes of acute otitis media in the group treated with supplement. There was no significant difference between groups for those whose disease was complicated by perforation.

Among younger children, ear infections are a common health problem and doctors are divided on how to treat it. Some believe that all children younger than 2 years should receive antibiotic treatment for acute otitis media, whereas recommendations from the American Academy of Pediatrics in February 2013 are to follow stricter diagnostic criteria and to observe patients who have uncomplicated disease.

“In clinical practice, this means that in children with recurrent otitis media, we can check their levels of vitamin D and, for those with low serum levels of it, consider supplement use as a treatment for their condition,” she said during a presentation of the study, ahead of its publication, at the Interscience Conference on Anti-Microbial Agents and Chemotherapy.