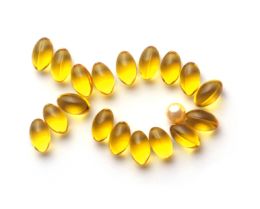 Q&A: Can you get enough vitamin D without sun?

Q – I live in the UK and it’s fair to say that we’ve had a year of miserable grey weather without much sun. I know you say get out in the sun but what if there isn’t much sun? Can we still get enough vitamin D from other sources and if so which ones?

A – Not getting ‘enough’ vitamin D has become a real problem of modern life.  Likely it is the result of a combination of several factors including increasingly indoor lifestyles and lengthy and not very scientifically-based campaigns in the media and by government health agencies to get us to use increasingly high SPF suncreams. Indeed it was only in 1999 that the first case of vitamin D deficiency (in a white infant resulting from the use of high potency suncream) was reported in the British Medical Journal.

Most of the body’s vitamin D supply – between 75-90% – is generated by the skin’s exposure to UVB rays. This prompts the body to turn a form of cholesterol (dehydrocholesterol) in the upper layers of the skin to previtamin D3, which is rapidly converted to vitamin D3.

Using a sunscreen can interfere with the production of vitamin D and this can raise the risk of vitamin-D deficiency disorders such as rickets, osteomalacia and osteoporosis. It may also increase the autoimmune diseases like lupus, with dementias, hepatitis,  heart disease and the risk of certain cancers. It is also associated with a higher risk of premature death from all causes.

Available scientific evidence suggests that an SPF 8 sunscreen prevents 95% of vitamin D production in the skin. With an SPF 30 suncream there is 99-100% blockage. Lower SPF suncreams, such as a factor 15 may, as a recent study presented at this year’s 12th International Sun Protection Conference in London found, allow some vitamin D to be produced, though debate continues as to whether this is enough to maintain adequate vitamin D levels over the long run. Likewise many of the chemicals used in sunscreens come with health risks (a good reason to chose a quality, and preferably organic product for yourself and your family).

Sun is still the best source

Today it is generally accepted that in order for our bodies to get enough vitamin D we must have some time in the sun without suncream. But not so long ago the idea was heresy.

In 2004, for instance Dr Michael Holick, Professor of Medicine, Physiology and Biophysics at Boston University Medical Center and author of more than 200 important papers on the subject of vitamin D and health, was forced to resign was stripped of his dermatology professorships (though he has kept other posts with the university) after publishing his book The UV Advantage, which advised 5-10 minutes a day of deliberate, unprotected sun exposure in order to stimulate adequate vitamin D production in the skin.

His employers described the ideas expressed in the book as an “embarrassment” for the university.  Holick, who went on to publish more papers and win several awards for his work,  countered saying he was being punished for challenging one of the established dogmas of dermatology.

‘Unprotected’ time in the sun isn’t really unprotected since your skin is capable of providing adequate protection for itself during this amount of exposure. And you don’t have to spend that time lying half naked in the sun either.

In the Northern hemisphere in the summer 15 minutes of unprotected sun exposure on arms, legs, hands and face each day can promote optimal vitamin D production. Going for a walk or regularly exercising outdoors is probably the best way to get your fill.

In the winter, you may need to accumulate as much a 2-3 hours per week of exposure, which can be difficult. Dr Holick believes that we cannot make vitamin D in latitudes above New York City (40° N) during the winter months at all. However, by getting moderate exposure to the sun in the spring, summer and autumn, the excess vitamin D is stored in the body’s fat and can be released during the winter.

Depending on the source food supplies vitamin D in two forms D2 (ergocalciferol) and D3 (cholecalciferol).  D3 is the form that our body makes from the sun and is found in animal foods; it is considered the most bioavailable form of vitamin D. D2 is found in plant foods and is used to fortify food; studies are mixed on whether this form of vitamin D can substantially raise your blood levels.

Nevertheless, if you are looking to boost dietary intake of vitamin D there are four ‘superfoods’, high in vitamin D, that could help.

Other food sources of vitamin D include:

In some countries like the US foods like milk and yoghurt are fortified with vitamin D. So are many brands of orange juice, yoghurt, margarine, and some breakfast cereals.

None of these foods on their own is enough to significantly boost vitamin D, but including more of these types of foods will help your overall vitamin D status.

You could also consider tanning beds to help top up vitamin D – but beware that too much UV from tanning beds like too much sun can accelerate skin ageing and is associated with all the same risks of skin cancer.

Lightboxes, such as those used to treat winter depression filter out UV rays to avoid eye damage and so can’t be used to boost vitamin D levels.

It’s also worth paying attention to things that may lower vitamin D levels in the body. Organochlorine pesticides, for instance, have been shown to interfere with the body’s ability to make vitamin D – yet another good reason to go organic.

If you cannot or don’t want to go out in the sun, consider supplementing with vitamin D around 5-15 mcg (200-600 IU) daily – (children need the lower amount, the very elderly need the higher amount). Up to 1000 iu per day (sometimes expressed on supplement labels as 25 micrograms, or .025 milligrams) is now considered safe and even necessary for those who do not go out in the sun regularly. If you are going to take supplements you might consider taking a liquid form of vitamin D, which is absorbed faster than pills.

Like anything else, you can get too much vitamin D and it is always worth having your blood levels checked by a doctor before you begin supplementing with large doses of vitamin D.