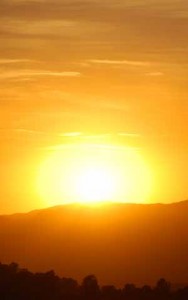 Natural Health News — A new study concludes that among older adults low levels of vitamin D can mean a much greater risk of death.

The study published online in the European Journal of Clinical Nutrition, examined more than 4,300 adults older than 60.

The researchers divided people into four groups. The low group had levels less than 50 ng/ml (nanograms per millilitre); the highest group had vitamin D of 84 ng/ml or higher. The researchers we looking for the overall influence of vitamin D on early death, and how frailness influenced this figure.

Overall, older adults with low vitamin D levels had a 30% greater risk of death than people who had higher levels.

“What this really means is that it is important to assess vitamin D levels in older adults, and especially among people who are frail,” said lead author Ellen Smit of Oregon State University.

Lead author Ellen Smit of Oregon State University (OSU) said past studies have separately associated frailty and low vitamin D with a greater mortality risk, but this is the first to look at the combined effect.

“Older adults need to be screened for vitamin D,” she said.

Vitamin D is produced naturally in the body when exposed to sunlight, with the average adult requiring between 5 and 30 minutes of sun exposure twice per week usually enough to get adequate levels of the nutrient,

“Our study suggests that there is an opportunity for intervention with those who are in the pre-frail group, but could live longer, more independent lives if they get proper nutrition and exercise.”said Smit.

Because of the cross-sectional nature of the survey, researchers could not determine if low vitamin D contributed to frailty, or whether frail people became vitamin D deficient because of health problems.

However a 2010 study of more than 6,300 older women, published in the Journal of Clinical Endocrinology & Metabolism found that women who had low vitamin D status without frailty at the beginning of the study were at greater risk of both becoming frail and of premature death over the 4 ½ years of the study.

According to Smit, “If you have both, it may not really matter which came first because you are worse off and at greater risk of dying than other older people who are frail and who don’t have low vitamin D,” she said.

In a separate study earlier this year, Israeli researchers looked at risk of death in more than 182,000 people, aged 20 years or older. Low vitamin D status (defined as less than 50 ng/ml) raised the risk of death from all causes by around 25% over the more than 2 years of the study.

It is estimated that about 70% of Americans, 50% of British people – and up to a billion people worldwide – have insufficient levels of vitamin D. And during the winter months in northern climates, it can be difficult to get enough just from the sun. Eating foods, such as oily fish, eggs and milk products, and/or taking supplements can help improve the body’s store if vitamin D.