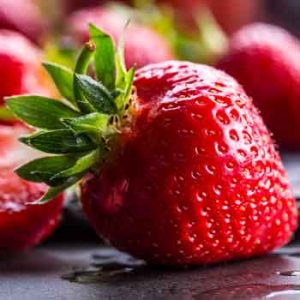 The best foods to protect your summer skin

Taking proper care of your skin during the summer is important.

You are probably doing all you can to cover up with clothing hats and sunglasses and using quality sun protection products. But did you know that what you eat during the summer can also impact how well your skin copes with the sun?

At a very basic level a sunburn is an inflammatory response triggered by too much exposure to UV radiation.

UV interacts with the skin to form free radicals which can damage the skin. This damage can lead to mutations in DNA which can, in turn, trigger skin cancer.

There are three types of UV rays: UVA, UVB and UVC.

According to the World Health Organization, short-wavelength UVC is the most damaging type of UV radiation. But the good news is this is completely filtered by the atmosphere and does not reach the earth’s surface.

» Protecting your skin in the summer requires a multi-dimensional approach.

» In addition to protective clothing, accessories and suncreams, what you eat can have a significant influence on how well your skin copes with higher exposure to UV light.

» New evidence suggests that antioxidant rich foods as well as those rich in omega-3s can boost your skins natural protection when the heat is on.

Medium-wavelength UVB is very biologically active but cannot penetrate beyond the superficial skin layers. It is responsible for delayed tanning and burning; and in addition it accelerated skin ageing and significantly promotes the development of skin cancer. Most solar UVB is filtered by the atmosphere.

The relatively long-wavelength UVA accounts for approximately 95% of the UV radiation reaching the Earth’s surface. It can penetrate into the deeper layers of the skin and is responsible for the immediate tanning effect. It, too, contributes to skin ageing and wrinkling. For a long time it was thought that UVA could not cause any lasting damage. Recent studies however suggest that it may also raise the risk of skin cancers.

UVB and UVC rays are the most carcinogenic, but UVA (which is the type of ray we’re exposed to the most) can also cause extensive skin damage; it is responsible for most cases of melanoma.

The role of diet in sun protection

The food we eat influences every part of our health, including skin health. Foods rich in other antioxidants, including vitamin E and vitamin C, and astaxanthin, are good choices for protecting your skin from UV damage.

Science is starting to reveal the protective properties of all kinds of healthy foods. The list below gives you and idea of some of the best choices for summer skin protection. If you want to make substitutions remember that the brightest, most deeply colourful foods usually contain the highest levels of beneficial antioxidants.

Love them or hate them, tomatoes are one of the richest sources of lycopene, a potent carotenoid. Carotenoids have been shown to help scavenge free radicals in the skin after sun exposure, and eating tomatoes is a great way to get enough of these skin-healthy nutrients. Lycopene is more bioavailable in cooked/processed tomato products and in one study, people who added 40g of tomato paste and 10g of olive oil to their main meal for ten weeks showed a 40% reduction in sunburn levels compared to people who added 10g of olive oil but no tomato paste.

Another great source of lycopene and other important carotenoids, carrots can also help protect against sunburn. In one small study 400ml of carrot juice daily (containing 10 mg of lycopene and 5.1mg of β-carotene) led to a reduction in UV-induced erythema of 45% in one study – higher than that seen with a tomato derived supplement.

Green tea is a popular and healthy drink consumed worldwide. It is rich in polyphenols, which can help protect against UV-radiation skin damage in multiple ways including acting as an antioxidant, preventing immunosuppression, and preventing tumour growth. Researchers suggest that five to six cups of green tea per day may protect against sun damage by enhancing the body’s own DNA-repair mechanism.

Oily fish like salmon, trout, tuna and mackerel contains high levels of the omega-3 fatty acid eicosapentaenoic acid (EPA) which has powerful anti-inflammatory effects in the body. There is some evidence to show that EPA can help prevent sunburn. In one study people who took 4g of EPA daily for three months sunburned less easily than those taking placebo. Additional analysis showed that EPA also decreased markers of DNA damage in the skin.

Strawberries are the quintessential summer fruit. They taste good, but not long ago researchers found that chemicals in them can help protect the skin from the harmful effects of the sun. In a study that used skin cell cultures, scientists added compared strawberry extract to an inactive substance and found that the strawberry was not only photo-protective against skin ageing UVA rays, it also increased cell survival and viability and decreased DNA damage when compared to the inactive control substance.

Along with its well-known benefits for protecting the heart and mind, high quality dark chocolate is rich in polyphenol antioxidants (flavanols) that can protect your skin from UV damage as well.