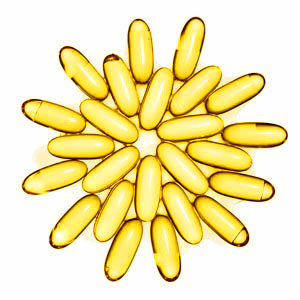 Natural Health News — Researchers from Germany have found that low levels of vitamin D are associated may encourage the proliferation of the hepatitis B virus in the liver.

According to the World Health Organization (WHO) the hepatitis B virus (HBV) is 50 to 100 times more infectious than human immunodeficiency virus (HIV). Globally two billion individuals have been infected with HBV, which is responsible for nearly 600,000 deaths each year.

“Vitamin D helps maintain a healthy immune system and there is evidence of its role in inflammatory and metabolic liver disease, including infection with hepatitis C virus (HCV),” explains lead investigator for the current study Dr. Christian Lange from Johann Wolfgang Goethe University Hospital in Frankfurt.

“However, the relationship between vitamin D metabolism and chronic HBV infection remains unknown and is the focus of our present study.”

Between January 2009 and December 2010, the team recruited 203 patients with chronic HBV who had not previously received treatment for their infection. Levels of 25-hydroxyvitamin D were measured from each participant. Individuals co-infected with HCV, HIV, or hepatitis D; those with excessive alcohol use; and those with liver cancer or other malignancies were excluded from the study.

Results,  published online in the journal Hepatology, show that 34% of those studied had severe vitamin D deficiency (less than 10 ng/mL), 47% had vitamin D insufficiency (between 10-20 ng/mL) and 19% had normal levels of vitamin D (greater than 20 ng/mL).

Further analyses indicate that the concentration of HBV in the blood, known as viral load, was a strong indicator of low vitamin D levels.

Researchers also found inverse seasonal fluctuations in levels of the virus; in other words at times of year when vitamin D levels were low such as autumn and winter, the viral load of HBV was higher and vice versa.

This further suggests a relationship between the two.

The authors suggested that further investigation of vitamin D as a therapeutic intervention for controlling HBV is needed.

Around 70% of Americans, 50% of British people – and up to a billion people worldwide – are estimated to be suffering from insufficient levels of vitamin D. During the winter months in northern climates, it can be difficult to get enough just from the sun. Foods such as oily fish, eggs and milk products, and/or taking supplements can help improve the body’s store of vitamin D.