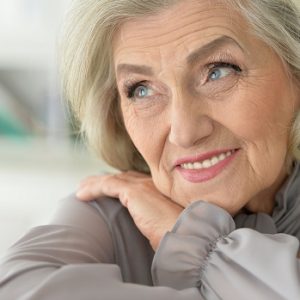 Natural Health News — Vitamin D has been studied extensively in relation to things like bone health and cancer. Now, it looks like it may also have a role to play in protecting the eyes.

Specifically US researchers now believe it has a role to play in preventing age-related macular degeneration, or AMD, among women who are more genetically prone to developing the sight-damaging disease.

In a paper published in JAMA Ophthalmology online, the research team found that women who are deficient in vitamin D and have a specific high-risk genetic makeup are 6.7 times more likely to develop AMD than women with sufficient vitamin D status and no high risk genotype.

» This can be a particular problem in Northern regions which don’t get strong sunlight.

» In a new study the odds of having AMD was higher in women who were deficient for vitamin D, with 25(OH)D levels below 12 ng/mL (30 nmol/L), but increasing vitamin D levels above this did not lower the odds of AMD significantly. A combination of diet, supplements and sunlight can help maintain healthy Vitamin D levels but.

“Most people have heard that you should eat carrots to help your vision. However, there appear to be many other ways that adequate nutrition can support eye health. Having adequate vitamin D status may be one of them,” says lead author Amy Millen, PhD, associate professor of epidemiology and environmental health in University of  Buffalo School of Public Health and Health Professions

For the study Millen and her team analysed data on 1,230 women ages 54 to 74 who participated in a larger study on eye health. The women’s vitamin D status was assessed through blood tests and these provided a glimpse into vitamin D intake through all sources: diet, supplements and sunlight.An immune response

AMD has a strong genetic component and some sufferers are predisposed to producing a protein that triggers an immune/inflammatory response.

People who have early stage AMD develop drusen (tiny yellow or white deposits in a layer of the retina), lipid and protein deposits that build up in the eye.

“Your body sees this drusen as a foreign substance and attacks it, in part via the complement cascade response,” explains Millen. “CFH is one of the proteins involved in this response. We see more AMD in people who have certain variants in the gene which encodes a form of this CFH protein that is associated with a more aggressive immune response.”

Vitamin D shows promise for protecting against macular degeneration because of its anti-inflammatory and antiangiogenic properties; antiangiogenic refers to slowing the growth of new blood vessels, often seen in late stages of AMD.

Although the odds of having AMD was higher in women who were deficient for vitamin D, with 25(OH)D levels below 12 ng/mL (30 nmol/L), increasing vitamin D levels beyond 12 ng/mL did not further lower the odds of AMD to any meaningful extent.

Human skin can synthesize vitamin D when exposed to ultraviolet light, Millen explains. However, for many people, 15 to 30 minutes a day with 10% of their skin exposed might be sufficient. In winter months, when there is less sun, this exposure may not be not sufficient to maintain blood level for people who live in more northerly regions of the world. At these times and locations, dietary intake may be needed. Dietary sources of vitamin D include fortified foods such as milk and foods that naturally contain vitamin D such as fatty fish like salmon and mackerel.

As always, it’s worth getting your vitamin D levels checked before embarking on a supplement regime.