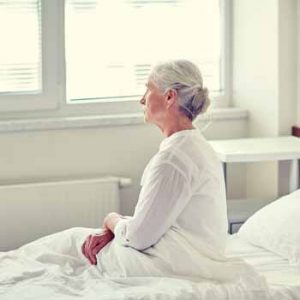 How loneliness makes us sick

Natural Health News — Loneliness is more than a feeling. For some, particularly older adults, it is also a major health risk that can increase the risk of premature death by 14%.

Previous research has shown the health risks of loneliness but just how it affects the body to cause ill health has not been well understood.

New, research however may help increase our understanding.

» Previous research has shown that loneliness can have a negative effect on health. But there is little to guide us as to how loneliness causes this change.

» New research suggests that loneliness triggers a fight or flight response at a genetic levels and this in turn increases the production of a particular type of white blood cell that is involved in stimulating inflammation and depressing immunity.

» Understanding more about these links may help doctors make better choices about prevention.

US research hers writing in the Proceedings of the National Academy of Sciences, have found that loneliness leads to a fight-or-flight stress reaction in the body, which in turn effects the production of white blood cells.

The study examined loneliness in both humans and rhesus macaques, a highly social primate species.

Previous research from this team had shown that lonely people had a less effective immune response to viruses and more inflammation than non-lonely people and that response was triggered by genetic changes in response to loneliness.

For the current study, the team looked at white blood cells, or leukocytes, which are involved in protecting the body against bacteria and viruses.

As expected, the leukocytes of lonely humans and macaques both showed more inflammation and a less effective anti-viral response. But the study also revealed several important new pieces of information about loneliness’ effect on the body.

First, the researchers found that the effects of loneliness were long lasting – the researchers were able to show that the genetic changes which caused inflammation and poor immune response were still happening a year on from their initial assessment.

What is more the changes in white blood cells and feeling of loneliness appear to have a reciprocal relationship, suggesting that each influences the other over time. These results were specific to loneliness and could not be explained by depression, stress or social support.

In addition lonely humans as well as monkeys showed higher levels of the fight-or-flight neurotransmitter, norepinephrine.

Previous research has found that norepinephrine can stimulate blood stem cells in bone marrow to make more of a particular kind of immune cell – an immature monocyte – that promoted inflammation and supresses immunity.

According to the researcher increased levels of these immature monocytes may hold the key to how loneliness affects health.

Indeed when examining monkeys infected with a ‘monkey version’ of HIV the virus grew faster in the lonely animals in both the blood and the brain.

Gaining some understanding of these mechanisms, say the researchers could help doctors devise more effective preventative measures for people, and especially older adults.