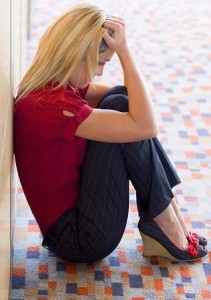 Loneliness takes its toll on the immune system

Natural Health News — New research links loneliness to a spectrum of dysfunctional immune responses, suggesting that being lonely has the potential to harm overall health.

The researchers first sought to obtain a snapshot of immune system behaviour related to loneliness by gauging levels of antibodies in the blood that are produced when herpes viruses are reactivated.

Participants were 200 breast cancer survivors who were between two months and three years past completion of cancer treatment with an average age of 51 years. Their blood was analysed for the presence of antibodies against Epstein-Barr virus and cytomegalovirus.

Both are herpes viruses that infect a majority of Americans. About half of infections do not produce illness, but once a person is infected, the viruses remain dormant in the body and can be reactivated, resulting in elevated antibody levels, or titers – again, often producing no symptoms but hinting at regulatory problems in the cellular immune system.

Results showed that those who were more lonely showed signs of elevated latent herpes virus reactivation in response to acute stress than did people who felt more socially connected.

No difference was seen in Epstein-Barr virus antibody levels, possibly because this reactivation is linked to age and, say the researchers, many of these participants were somewhat older, meaning reactivation related to loneliness would be difficult to detect.

“It is clear from previous research that poor-quality relationships are linked to a number of health problems, including premature mortality and all sorts of other very serious health conditions. And people who are lonely clearly feel like they are in poor-quality relationships,” said lead researcher Lisa Jaremka, a postdoctoral fellow at the Institute for Behavioral Medicine Research at Ohio State University.

Jaremka study was presented at the recent AGM for the Society for Personality and Social Psychology annual meeting in New Orleans.

Previous research has suggested that stress can depress immune function and can promote reactivation of these viruses, also resulting in elevated antibody titers.

In an additional set of studies, the Jaremka and colleagues found that lonely people also produced more inflammation-related proteins.

These studies which sought to determine how loneliness affected the production of proinflammatory proteins, or cytokines, in response to stress, were conducted with 144 women from the same group of breast cancer survivors and a group of 134 overweight middle-aged and older adults with no major health problems.

In both groups, those who were lonelier produced significantly higher levels of a cytokine called interleukin-6, or IL-6, in response to acute stress than did participants who were more socially connected.

The results persisted even after the scientists controlled for a number of factors, including sleep quality, age and general health measures.

This finding has widespread implications because chronic inflammation is linked to numerous conditions, including coronary heart disease, type-2 diabetes, arthritis and Alzheimer’s disease, as well as the frailty and mental decline that can accompany aging.

“We saw consistency in the sense that more lonely people in both studies had more inflammation than less lonely people,” Jaremka said.

“It’s also important to remember the flip side, which is that people who feel very socially connected are experiencing more positive outcomes,” she said.