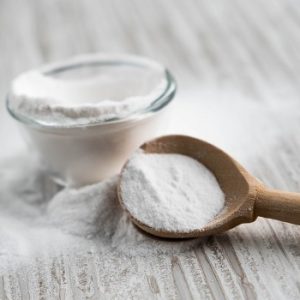 Instead of taking an aspirin a day, sipping some baking soda should be part of your daily health regime.

New research has found that a daily dose counters the worst effects of autoimmune diseases like rheumatoid arthritis, and it can also reverse kidney disease, heart disease and osteoporosis.

Baking soda, also known as bicarbonate of soda, is a raising agent commonly used in baking, but it also has enormous therapeutic value. It reduces acid levels in the blood – which can helps ease some of the symptoms of heart disease and osteoporosis – but it also moderates the immune system’s inflammatory responses. That means that auto-immune problems like rheumatoid arthritis—where the body is essentially attacking itself—can be eased.

And the improvements can be seen quickly, according to researchers from Augusta University in Georgia.

» Consuming a small amount of baking soda in water each day could help fight inflammation.

» Researchers in the US, studying animals and humans have found that the baking soda solution moderates the response of the spleen, part of our immune system, and keeps it from over-reacting.

» The baking soda also helps reduce acidity in the blood.

Bicarbonate of soda is already being used as a therapy to slow kidney disease, and this got the researchers wondering how it was doing this. Their work suggests that sipping a little baking soda in water every day moderates the response of the immune system from going into over-drive and producing an over-the-top inflammatory response.

In tests on laboratory mice and humans, they found that the soda had a double-effect of triggering the stomach to produce more acid to help digestion and also communicating with mesothelial cells that sit on the spleen’s surface.

Mesothelial cells line body cavities, like the one that contains our digestive tract, and they also cover the exterior of our organs to quite literally keep them from rubbing together. About a decade ago, it was found that these cells also provide another level of protection. They have little fingers, called microvilli that sense the environment, and warn the organs they cover that there is an invader and an immune response is needed.

After a daily dose of baking soda – for the humans this was 2g (approx. ½ tspn) dissolved in 250 ml of water – for just two weeks, macrophages, the spleen’s immune cells, shifted from being inflammatory to anti-inflammatory.

Drinking baking soda, the scientists think, tells the spleen – which is part of the immune system, acts like a big blood filter and is where some white blood cells, like macrophages, are stored – to go easy on the immune response. “Certainly drinking bicarbonate affects the spleen and we think it’s through the mesothelial cells,” O’Connor says.

According to O’Connor this is some of the first evidence of how the cheap, over-the-counter antacid can encourage our spleen to promote instead an anti-inflammatory environment that could be therapeutic in the face of inflammatory disease, Medical College of Georgia scientists report in the Journal of Immunology.

“He notes that “It’s potentially a really safe way to treat inflammatory disease.” And hopes that hopes drinking baking soda can one day be considered a cheap and effective remedy for people with autoimmune disease.