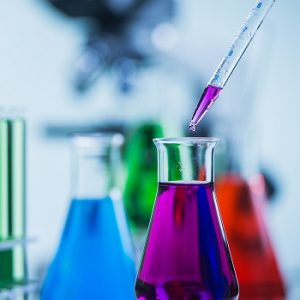 Science will save us? Not if its products aren't properly safety tested and regulated argue US researchers. [Photo: Bigstock]

Chemicals causing a “pandemic” of brain damage in children

Natural Health News — Children are at a greater risk of developing disorders like autism, ADHD and dyslexia, due to exposure to new and poorly regulated chemicals.

The study suggests that common chemicals are likely contributing to what the researchers are calling the “global, silent pandemic of neurodevelopmental toxicity” in children.

The report’s authors, Dr Philippe Grandjean, a professor at the Harvard School of Public Health in Boston, and Dr Philip Landrigan, of Mount Sinai School of Medicine in New York, say the number of recognised chemical causes of neurodevelopmental disorders, such as autism, attention deficit disorder, dyslexia and cerebral palsy, has doubled from six to 12 in the past seven years.

During the same time period, according to their study in the journal Lancet Neurology, the list of unregulated chemicals found in everyday items such as toys, furniture and clothing, and known to damage the human brain, has expanded from 202 to 214.

An old problem and a new problem

In 2006 these same researchers pinpointed 5 chemicals that were contributing to cognitive deficits and attention problems (lead, methylmercury, polychlorinated biphenyls, arsenic, and toluene).

They have now added six more chemicals to the list noting that there is an urgent need for countries to “transform their chemical risk-assessment procedures in order to protect children from everyday toxins that may be causing a global ‘silent epidemic’ of brain development disorders”.

“The greatest concern is the large numbers of children who are affected by toxic damage to brain development in the absence of a formal diagnosis,” says Dr Grandjean. “They suffer reduced attention span, delayed development, and poor school performance. Industrial chemicals are now emerging as likely causes.”

The team says that while genes do play a part in neurobehavioural problems like autism, ADHD, and dyslexia, genetics only account for about 30-40% of the cases; therefore, environment – and specifically chemicals in the environment – must be considered in the majority of the issues.

Other studies have shown that cancer has a similar aetiology with genetics accounting for only a small proportion of cases.

Developing brains are sensitive to toxins

The developing human brain is incredibly vulnerable to chemical exposures, both in utero and in early childhood, and exposure can cause damage that lasts a lifetime. “During these sensitive life stages,” say the authors, “chemicals can cause permanent brain injury at low levels of exposure that would have little or no adverse effect in an adult.”

“Current chemical regulations are woefully inadequate to safeguard children whose developing brains are uniquely vulnerable to toxic chemicals in the environment,” Dr Grandjean points out.

By calling it a pandemic (a term usually reserved for viral infections like the flu, the authors are hoping to focus attention on the scale of the problem and the need for stricter mandatory testing for chemicals before approved for use.

This at least would begin to address the problem that as one toxic chemical is removed from use, another equally or more toxic chemical – often one that has no adequate safety behind it – takes its place.

The chemicals to watch

The 11 chemicals to watch out for are:

Lead is one of the most extensively researched compounds in terms of its toxic effects on the central nervous system. It is a ‘heavy metal‘ that has consistently linked to serious deficits, including low IQ. Lead accumulates in the body and its effects seem to be permanent, leading to the conclusion that there is no safe level of exposure.

Methylmercury is the most toxic form of mercury, and the one that most easily bioaccumulates in living organisms. It can affect the neurological development of the fetus, exposure often comes from maternal intake of fish containing high levels of mercury.

Polychlorinated biphenyls (PCBs) were widely used as dielectric and coolant fluids, for example in transformers, capacitors, and electric motors. They were banned throughout most of the world in the late 1970s/early 1980s but are so persistent that they can still be found in the environment and in our bodies. PCBs have routinely been associated with reduced cognitive function in infancy and childhood. It is often present in foods, particularly fish, and can be passed along in breast milk.

Arsenic has been used as a pesticide, a wood preserver (for instance in children’s wooden playground equipment and picnic tables) and was for many years routinely fed to livestock such as poultry to increase weight gain. It is a common water pollutant that has been linked to reduced cognitive function in schoolchildren and neurological disease in adults.

Toluene is used as a solvent, and as such it can be found as a contaminant in everyday products such as household cleaners and cosmetics. It is also an additive for cars and jets. Maternal exposure has been linked to brain development problems and attention deficit in the child.

Manganese is a common drinking water contaminant. Although we need trace levels of this in our diets, too much can be linked to lower scores in math, diminished intellectual function, and ADHD.

Fluoride is routinely added to toothpaste and to water supplies. It is also present naturally in some foods. Higher levels of exposure to this chemical has been connected with a 7-point decrease in IQ in children. (See our story What’s so bad about Fluoride?)

Chlorpyrifos and DDT are pesticides. Chlorpyrifos belongs to the organophosphate family  and DDT to the organochlorines; both have been linked to structural abnormalities of the brain and neurodevelopmental problems that persist up to age 7. These pesticides are banned in many parts of the world, but still used in many lower-income countries. As we have reported on this site DDT has recently been linked to Alzheimer’s disease as well.

Tetrachloroethylene (AKA perchlorethylene, or PERC) is a solvent widely used in dry cleaning. It has been linked to hyperactivity and aggressive behaviour, and increased risk of psychiatric diagnosis.

Polybrominated diphenyl ethers (PDBEs) are  flame retardants that were incorporated into a wide variety of products including building materials, electronics, furnishings, motor vehicles, airplanes, plastics, polyurethane foams and textiles. They are banned now, but like most of the chemicals on this list they are persistent. Exposure during pregnancy has been linked to neurodevelopmental disorders in the child. PDBEs and a related compound hexabromocyclododecane (HBCD) are routinely found in food.

The researchers also found two more “compounds of concern”: BPA (bisphenol A), which is a common plastic additive in canned goods, thermal register receipts and hard plastics (now banned in France); and phthalates, which are commonly found in personal care products including deodorants and nail polish.

The facts about toxicity of these chemicals are widely known, yet in 2012 a nationwide survey in the US found that most doctors do not bother to talk to their pregnant patients about the harmful effects of persistent chemicals in the environment.

Science will save us? Not if its products aren't properly safety tested and regulated argue US researchers. [Photo: Bigstock]