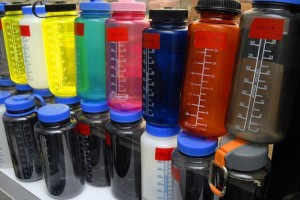 Natural Health News — The French government has given its backing to a proposal to ban bisphenol A (BPA) in all food contact materials from 2014.

The result of the near unanimous vote in the French National assembly means that containers aimed at children under three will have to be BPA-free by the beginning of 2013 and all products should be labelled to warn sensitive populations of the potential dangers of exposure to the substance.

For André Cicolella, spokesman for the Réseau Environnement Santé (RES), the leading health and environment alliance in France, the decision deeply challenges the credibility of the European Food Safety Agency (EFSA): “EFSA cannot continue to deny the reality of scientific knowledge and maintain a Acceptable Daily Intake, which does not consider hundreds of studies showing effects at low doses. If this attitude should continue the European institutions will have to seriously investigate the conduct and ethics of the expertise within the EFSA. ”

Last year both Denmark and France banned BPA from baby bottles. Denmark however described the ban as temporary. The rest of Europe has been very slow to accept the overwhelming evidence of harm to health caused by BPA.

“After the ban on BPA baby bottles and the pending adoption of a law banning three groups of hormone disrupting chemicals (alkylphenols, phthalates and parabens), [this] vote puts the French government in position and duty to change the position of the European Commission ” adds RES campaigner Yannick Vicaire. “France should inspire the dynamic that is lacking at the European level by bringing together other member states to work towards an urgent global response to the issues of endocrine disruptors.”

BPA is one of many man-made chemicals classified as endocrine disruptors. These alter the function of the endocrine system by mimicking the role of the body’s natural hormones. Hormones are secreted through endocrine glands and serve different functions throughout the body.

The chemical – which is widely used in products such as reusable water bottles, food can linings, water pipes and dental sealants – has been shown to affect reproduction and brain development in animals. Repeatedly washing and scrubbing reusable plastic bottles has been shown to cause BPA to be released from them faster. So has, according to a 2008 study, putting boiling water into them.

Contrary to the claims of manufacturers, alternatives to BPA are available and on the market now. In the US Eden Foods has been using a BPA-free process since April 1999.

In addition, the US state of Connecticut banned BPA in reusable food containers from June 2010 and this measure came into force on 1 October 2011. This shows that the implementation can be done very quickly.

Moreover reducing our exposure to BPA can very quickly help reduce the amount of BPA circulating in our bodies. A recent study by the US Breast Cancer Fund has shown that a diet which eliminates “intentional” sources of BPA led within days to a reduction of more than half the level of BPA detected in urine.

Update: October 21, 2011 – Around the time of the French decision two more worrying studies about the health effects of BPA came to light.

One, published in the Journal of Clinical Endocrinology and Metabolism found that higher levels of BPA in the urine were associated with a higher risk of developing type-2 diabetes. This association was independent of any other more common risk factors for the disease.

The other, published in the journal Pediatrics, found that exposure to BPA in the womb was related to more anxious and depressed behaviour and poorer emotional control in girls (but not in boys). The researchers sought to distance themselves from their own findings saying they were only “preliminary”.

However, in light of the French decision, the European Food Safety Authority (EFSA) has announced that is has begun a review of the evidence which has led to the banning of BPA in food packaging in that country.

EFSA last updated its advice on BPA in September 2010, when it concluded that it could not identify any new evidence to confirm the toxicity of BPA.