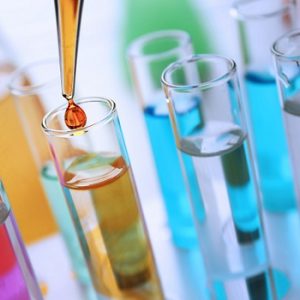 Natural Health News — Combined exposure from suspected endocrine disrupting chemicals in make-up and personal care products may pose a risk to your health, according to European campaigners.

Earlier this month, together with three European consumer organisations, the Danish Consumer Council purchased 66 personal care products and tested them for the concentration of a total of 11 different substances – all of which are suspected of being endocrine disruptors.

All the selected products contained one or more of these 11 substances:

Working on a ‘worst case scenario’ the researchers calculated how much a person can be exposed to in a day.

The test results were presented to several experts, among these Andreas Kortenkamp, Brunel University and Julie Boberg, DTU Food in Denmark, and with their help it was calculated how much of the substances are absorbed through the skin and our body.

The results were then compared with the dose considered to pose a risk to health.

The worrying conclusion was that simply using the products many of us use every day can expose us to potentially endocrine disrupting chemicals at levels above what is considered to be safe.

The results are published in the Danish Consumer Council magazine Think, as well as the French consumer magazine Que Choisir (‘What to choose’).

Although these substances may have a hormonal effect even in minute concentrations, some manufacturers continue to incorporate them into cosmetic products at levels which are above what is considered ‘safe’.

For example, the testing showed that Colgate Total contained a level of triclosan that may affect the thyroid. The popular toothpaste was found to contain 2.09 g/kg of triclosan, a high level on its own and one that could represent an unacceptable level if combined for example with a deodorant also containing triclosan.

In Nivea’s Water Lily & Oil shower gel the researchers found propylparaben at a level greater than recommended by the EU Scientific Committee on Consumer Safety (SCCS). The bath product contained 2.68 g/kg propylparaben; the recommendation of the SCCS is not to exceed 2.48 g/kg.

The tests also found that ingredient labels were not always reliable since some products contained substances not listed on the label (e.g. phenoxyethanol found in Dettol liquid soap and Nivea shower gel). Likewise, some cosmetic labels claimed the presence of substances “not detected by our laboratory” say the researchers.

Endocrine disruptors are defined as chemicals (synthetic or natural) that interfere or are suspected of interfering with the human hormone system, even if they are present at very low doses.

These hormonal disruptors are believed to have an impact on fertility and be linked to the increase in hormone-dependent cancers such as in the breast and prostate.

Exposure to any particular EDC in personal care products is raised when we use a number of products all containing the same chemical(s) and the cumulative daily dose, say the researchers, could come with health risks.

This is specifically what they found with triclosan in toothpaste though the problem they say was even more pronounced in the case of propylparaben, found in at least nine families of cosmetics and personal hygiene products including deodorant, shampoo, toothpaste, mouthwash, shower gels, body milks, sunscreens, lipsticks, foundations and face creams.

Director-general of the CTPA Dr Chris Flower said, “People should not be misled on the issue. Cosmetic products do not contain endocrine disruptors and there is absolutely no need for concern.”

The evidence would seem to contradict that however and as the worrying data accumulates some countries, particularly in the EU, are taking action.

The Danish campaign started in November 2009 and is still ongoing. Since then in Denmark bisphenol-A has been banned in baby bottles and packaging for food materials for children. Butyl- and propylparaben banned in personal care products for children under the age of 3; and four types of phthalates have been banned in consumer goods. In addition, Ikea has banned all 17 of the hormone disrupting chemcials of concern focused on by the Danish campaign.

In July 2011 a similar campaign has started in Switzerland. In November 2011 a campaign started in Norway, where the Norwegian Consumer Council launched an app for iPhones, which allows you to scan the barcode of cosmetics and personal care products and find out if the product contains EDCs. France has banned bisphenol-A in products that come into contact with food. Canada has also been debating a ban on triclosan.