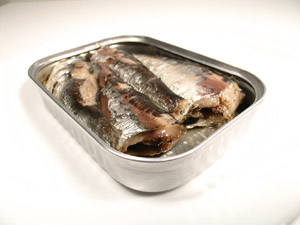 Natural Health News — Researchers testing foods such as meats, fish, and peanut butter say a toxic flame retardant can be found in nearly half of them.

The researchers bought the foods from Dallas supermarkets in 2009 and 2010, then tested them for a common flame retardant, hexabromocyclododecane (HBCD).

Fifteen of the 36 samples, or 42%, had detectable levels of HBCDs. Some of these 15 samples were the same foods, but from different stores including:

HBCD is used in foams in thermal insulation, in electrical equipment, and consumer products. It is found in the environment and wildlife. People are exposed from products and dust in the home and workplace. And now, apparently, food.

“The levels we found are lower than what the government agencies currently think are dangerous,” said lead researcher Arnold Schecter, MD, MPH, professor of environmental and occupational health at the University of Texas School of Public Health in Dallas.

But he notes those levels were determined on the basis of one chemical exposure at a time. A person eating several of these foods regularly is getting a much higher dose. Regular exposure could be related to a laundry list of health problems including reproductive and developmental abnormalities, hormone disruption and immune system dysfunction.

The study is published in Environmental Health Perspectives.

HBCD is a ”persistent organic pollutant,” in other words it accumulates, travels long distances, and stays in the environment for a long time.

It is often found in fatty foods such as high-fat meats and some fish.

It is on the European Chemicals Agency candidate list of substances of “very high concern”, and the US Environmental Protection is now considering adding it to the list of “chemicals of concern”.

Environmentalists have expressed concern about HBCD which is a hormone disrupting chemicals, for at least a decade. The accumulation of such chemicals in the environment and in our food supply is a growing concern.

While this new study focuses just on HBCDs, it’s the mixture, or ‘cocktail effect’ of complex chemicals such as hormone disrupters we are exposed to in our daily lives, for instance through food and cosmetics that is of even greater concern.

Scientists know that combinations of chemicals can have a much more powerful effect. In the world of chemical cocktails 2 + 2 can often equal 6 in terms of their ability to damage the body.

This is not the first time that flame retardants have been detected in the US food supply. In 2008 Schecter found flame retardants in meat, fish and dairy products. In 2010 he led a study which found a range of persistent chemicals in sampled food including DDT, PCBs and perfluorooctanoic acid (PFOA, the starting material for Teflon and other non-stick coatings). In 2011 he found a type of flame retardant known as polybrominated diphenyl ethers (PDBEs) in samples of butter.

Last year traces of brominated vegetable oil were found in 10% sodas in the US.

Europe doesn’t escape either. Brominated flame retardants can also be found in fish and seafood throughout the European Union according to the European Food Safety Authority. Though bizarrely EFSA have ruled that levels are ‘safe’.

This latest discovery adds to growing evidence that our food supply – both fresh and convenience food – is increasingly contaminated with unwanted chemicals. It also highlights how poorly regulated these chemicals, which have been shown to be harmful to our health, the environment and wildlife, are.

Ironically, despite all the potential risks, flame retardants have also been found to be  ineffective as resisting fires in some situations.