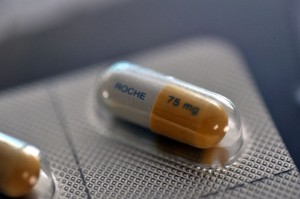 Opponents of this latter view believe that even if some strains of the virus do mutate, science can always find a new vaccine to beat them.

New evidence suggest however that the nightmare scenario, as portrayed in the new movie Contagion is more and more likely. In the movie fictional health experts scramble to get ahead of a flu-like pandemic as a drug-resistant virus quickly spreads, killing millions of people within days after they contract the illness.

Now researchers are suggesting that while the film isn’t based entirely on reality, it’s not exactly science fiction, either.

“Certain strains of influenza are becoming resistant to common treatments,” said Ira M. Longini, a professor of biostatistics in the University of Florida College of Public Health and Health Professions, the UF College of Medicine, and the UF Emerging Pathogens Institute. “We’ve been able to map out globally how this phenomenon is happening.”

Longini is among a team of researchers who have suggested that can lead to the rapid global spread of drug-resistant strains, as is the case with the seasonal H1N1 and the anti-flu treatment oseltamivir, otherwise known as Tamiflu.

In some situations, the scientists found, drug-resistant bacteria and viruses can spread when drugs are overused, a situation that can be compounded by a combination of genetic mutations and human migration through air travel.

The scientists demonstrated this theory in their paper using a mathematical model that simulates the spread of influenza across 321 cities connected by air travel.

However when they then tried to used their model to explain how the season H1N1 flu virus had become resistant to the popular treatment Tamiflu, they discovered that its use had not been nearly widespread enough to promote the spread of resistance.

Instead, say the scientists, the resistant strain probably originated in just one person taking the drug.

This was not what the scientists expected to find because it had been believed Tamiflu made resistance less likely to spread because it makes the flu less transmissible in people not taking the drug.

The way that resistance to  spread so quickly in seasonal H1N1 between 2006 and 2008 took many healthcare organisations by surprise.

The researchers now say that the mutation may have “hitchhiked” around the globe on one or more other mutations that made the drug-resistant influenza strain more transmissible – a theory that highlights how hard it is to contain any form of virus.

They suggest that because strains of influenza turn over so rapidly, there are many opportunities for these types of mutations to arise in an otherwise highly transmissible strain and become widespread, and it can become the dominant strain within a couple of years, making the drug useless.