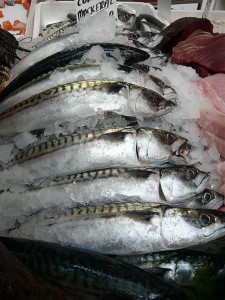 In the first researchers found that more than three-quarters of cancer patients have insufficient levels of vitamin D (25-hydroxy-vitamin D). The lowest levels are associated with more advanced cancer, according to a data presented recently at the 53rd Annual Meeting of the American Society for Radiation Oncology (ASTRO).

Among the 160 participants in this small study, the five most common primary diagnoses were breast, prostate, lung, thyroid and colorectal cancer. A total of 77% had vitamin D concentrations defined as either deficient or sub-optimal. Regardless of the age or sex of the patient, levels of vitamin D were below average predicted for advanced stage disease in the patient group.

Amazingly, scientists have only recently begun to investigate whether vitamin D has an impact on the prognosis or course of cancer.

“Researchers are just starting to examine how vitamin D may impact specific features of cancer, such as the stage or extent of tumour spread, prognosis, recurrence or relapse of disease, and even sub-types of cancer,” Thomas Churilla, lead author of the study. Investigators will now be turning their attention to whether  vitamin D supplementation had an impact on aspects of treatment or survival in the long-term.

In a related study German scientists has shown that people with a good vitamin D supply are at lower risk of developing type 2 diabetes mellitus, while individuals with lower concentrations of vitamin D in their blood have a higher risk.

The study was published in the journal Diabetes Care.

More than six million people in Germany suffer from Type 2 diabetes mellitus, and the number of undiagnosed cases could be equally high.  The researchers say the risk is exacerbated by modern indoor lifestyles and the northern latitude of German.

Up to now, there has been no cure for this common disease. However say the researchers, finding targeted ways of improving people’s vitamin D status shows promise, though more research is needed to confirm this.

The human body can produce vitamin D itself if it has sufficient exposure to sunlight. In addition, the body’s store of Vitamin D can be improved by eating specific foods, such as oily fish, eggs and milk products, or by taking vitamin D supplements.